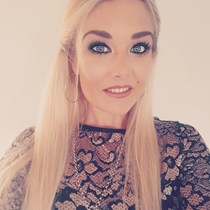 I have only just starting running and wanted to do my first running race for charity - so will be giving half to tree hope and half to another charity chosen by my friend.

Im running for 2 little boys who have cerebral palsy below is a bit about them;

Bens my 9 year old sister in laws nephew! In 2014 his family fundraised to take him to America for life changing surgery called SDR. Ben is severely disabled with cerebral palsy due to complications during his mothers pregnancy. The surgery has benefitted Ben hugely. He's improved physically, with speech & is learning new things more often! Which is amazing , But post op he needs intense therapy not available on the NHS. Nearly 3 years post op they need to launch fundraising again to fund this. His therapy costs on average £10k-£15k a year.
Tree of Hope is the crowdfunding charity that helps children and young people with a disability or illness by supporting their families to raise the money they need to pay for specialist care that is not freely available through the UK healthcare system

Statement from Joe's mum - I've met a true life hero. Better still, I get to live with him and care for him. He is a fighter and fought from the word go. He is my 2 year old son and pride and joy, Joe.

Joe arrived suddenly and dramatically weighing in at just 2lb2oz, after I went into premature labour and gave birth to him at 27 weeks, 13 weeks early! He spent 13 weeks in the NICU, where he overcame obstacle after obstacle, life threatening infections and setbacks. They were very dark and scary days but he defied the odds and continues to do so each and every day. During one of these infections ( sepsis), joe had to be reventilated after coming so far and it's believed that it was during this time that he suffered a bleed on his brain, leading to a diagnosis at 16 months of cerebral palsy ( left hemiplegia/ spasticity). He has increased tone in his arms and legs, left side more severe, which means he has to work extra hard to achieve his goals. He cannot yet stand or walk or talk but we live in hope that with his fierce determination and love from his adoring family, he will achieve all of these things at his own pace.

Thank you in advance xx