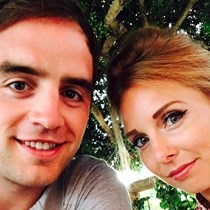 Weʼve raised £514 to help a pensioner from Cullyhanna who was robbed of his pension, assaulted & locked up soon after collecting from the Post Office.

An elderly man who had just collected his last pension before Christmas was robbed of the money from his pockets before being locked in his kitchen.

The man had lifted his Christmas money at the local Post Office before returning home.

Shortly after he returned home, thugs entered his home, assaulted him, took his money from his pockets, locked him in the kitchen and ransacked the house.

Councillor Terry Hearty said there is huge anger within the community.

“What further compounded this cowardly attack was the fact that the victim would be viewed as extremely vulnerable,” he said.

“There is a huge anger with the community about this disgusting theft”.

"Those engaged in these type of dreadful crimes, need to be apprehended and face the full rigours of the law,” he added.

“Anyone who can give any information what so ever about this disgusting act should give it to the PSNI immediately.

“I am only to willing to help catch these thugs who terrify in particular the most vulnerable members of our community, so people can feel free to contact myself if they do wish.”