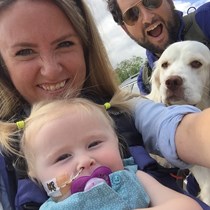 Weʼre raising £60,000 to lengthen Annabelle Rose's Life and help her move again with Physio and Hydrotherapy

23.12.16 was the day we received the devastating and life changing news that our baby had a rare life limiting condition SMA1. "It is a genetic degenerative condition" they said and "we don’t expect her to last past 18 months".

Our beautiful baby girl was 9 months already…how on earth do we process this?

After a 5 week stint in hospital with tonsillitis, bronchitis and pneumonia our perfectly healthy baby was different. VERY floppy, could no longer sit up, move her legs, arms or hold her head up anymore. Her breathing was so laboured and she now has to go on breathing support at night... And they said it was going to get worse than this – she can stop breathing at any minute.

The very next day on Christmas Eve, we found a press release that there was promise of a new drug potentially so successful it was coming off of clinical trails in America and hopefully heading to Europe.

After two very dark months that I can only describe as a blur, we received a phone call from Great Ormond Street Hospital in February to say that our beautiful Annabelle has been selected to be the first baby girl in the UK to receive the drug. We couldn’t quite believe it, we wanted this yesterday and had been praying everyday…now it is actually happening.

The drug is called Nusinersin and is a lumber puncture injection into the spine which creates the proteins Annabelle's faulty SMA genes are not producing. After the 4 loading injections she will have one every 4 months for life... or at least until they figure out a miracle cure.

Annabelle has now had her 4 spinal loading injections…these prepare her body for the 5th/the main injection.

Amazingly, we have already seen more head control and some pressure and power in her legs, she now attempts to roll and overall has more movement especially in water; she kicks her legs like the average baby under water. GOSH have also told us she now has 25% more movement than she did in February…we are over the moon. But Annabelle's journey is still long.

Aside from struggling with this awful diagnosis, we have also struggled with our community, 18 week waiting lists and the general lack of urgency…we want to strike while the iron is hot so to speak and while Annabelle is a miracle and showing signs of improvement rather than the decline we were told…it is even more so important now for Annabelle to have access to the correct physio and hydrotherapy whenever she needs it.

There are no hydropools in our borough.

We would have to travel far to use a pool and this becomes impossible with all of her breathing equipment we have to carry around PLUS there is a huge risk of infection, because Annabelle's lungs are still weak there is a constant fear of chest infections. A common cold for a normal baby is a real threat to life for Annabelle so the use of a public pool is an unneeded stress and added anxiety for us as parents and for Annabelle and her little lungs.

This is where the idea and need of the Annabelle garden started. Her own Hyprodool and Physio area at the end of our garden where we can encourage Annabelle to get moving again.

Despite everything...we are still dreaming big that with this drug and daily physio and hydrotherapy she can eventually sit up unaided, even crawl then maybe walk but ultimately all we really want is for it to lengthen her life.

We need any help we can to fund this pool/physio area for our beautiful little girl. She is so tenacious, always smiling and has been an absolute warrior to get to where she has done so far. We just need that extra push and prayers to help us further. 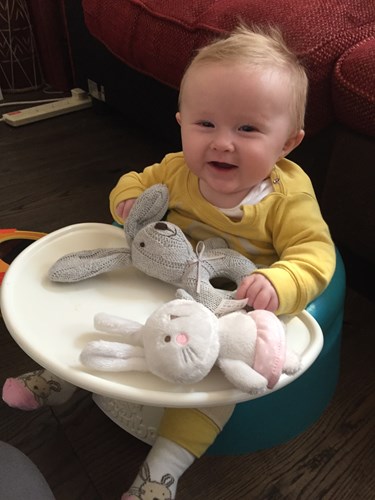 Our beautiful Annabelle a month before her diagnosis at Christmas. 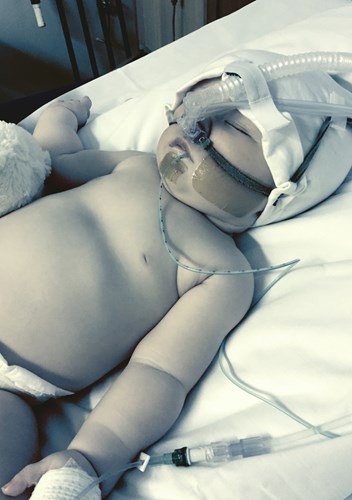 Annabelle during her 5 week hospital stay while they figured out what was wrong with her. 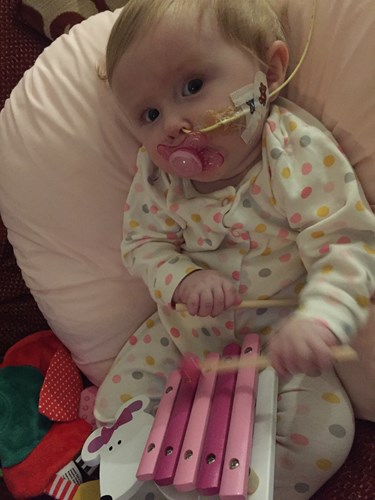 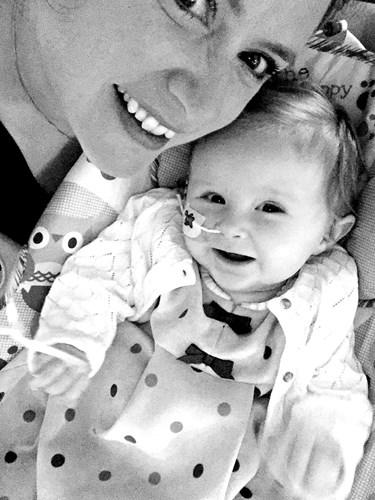 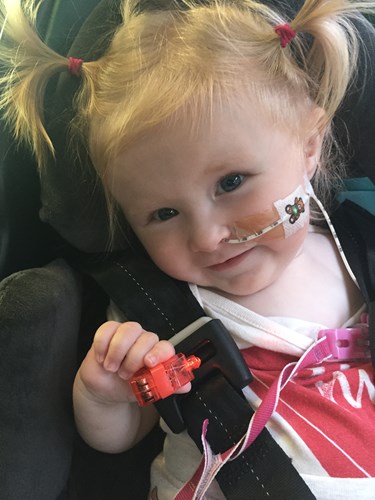 Annabelle after GOSH told us about her 25% improvement in mobility since February!

I'm a first time mum who's world completely changed on 23.12.2016. This year was supposed to be a wonderful journey of motherhood that had began in March when Annabelle was born. Since December it has been a journey of anxiety, fear and dread. But now, we have a glimmer of hope.