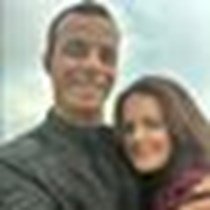 Immigration laws have stopped my father being with his wife who lives in Swaziland, Mozambique for close to 3 years now. They state you have to be earning £18,600 a year The goal posts moved by the current government, On his last appeal he was told to put 3 points correct by a British judge in which he did, One of them being that he had to have over £40,000 in his account, The appeal was turned down again, overruling a British judge to tell him he now has to have £62,500 in his bank account.

Looking to support my father and help take the financial burden off him with all legal fees and appeal fees.