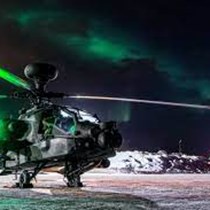 Weʼve raised £5,060 to Support childhood cancer research by running and rowing the 2603 miles from our base in Suffolk to Bardufoss in Norway and back again.

One of our own, a colleague and friend, has been directly affected by a condition know as NF1, heard of it? We hadn't and this is his Mia's story...

Mia was born on the 26th July 2020 and lit up our lives from the start, despite a shaky beginning with colic and reflux she was a little treasure who had us all sussed from day one. She had an insatiable love for books, music and non stop chatting. Our bright little button stole the hearts of people she met from the off. 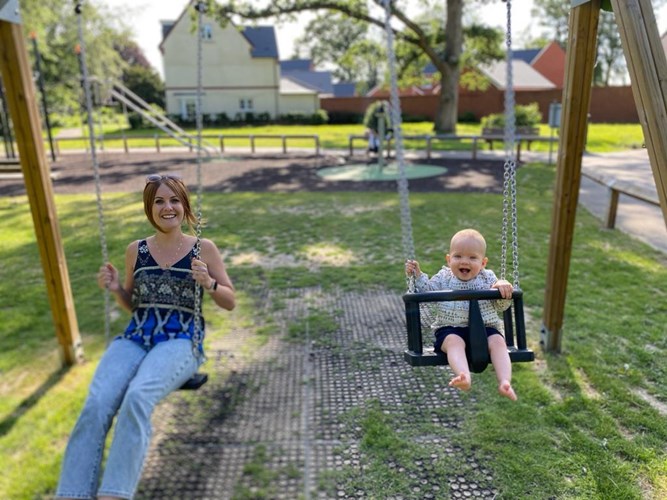 However there were times Mia would cry a lot, for days on end, there was always a gut feeling something wasn’t right, but there are only so many times you can say ‘my baby cries a lot’ without seeming like any other exhausted Mum. But at 9 months her personality began to change, she stopped sleeping almost completely, we lost her chatter, she lost all strength in her legs and spent the majority of every day crying, she would become terrified in new situations and very little could settle her. Eventually after all checks were exhausted a doctor noticed some birthmarks on her legs and tummy and ordered an MRI scan. At 14 months old, after a traumatic scan, we were told that Mia’s brain showed characteristics of someone with Neurofibromatosis type 1 (NF1). Her scans were sent to Addenbrookes for further review and we were told we would be seen again in 6 weeks.

NF1 is a common genetic condition that causes nerve tumours to grow where they shouldn’t. It occurs in 1 in 2,500 of the population.

NF1 varies widely in how it affects those who have the condition. Many people with the disorder will be affected very mildly and may have nothing more than skin changes. A minority of people (around a third) who have NF1 will have medical problems related to the disorder at some time in their life. Some of these problems will be mild and easily treatable and others will be more severe.

We were absolutely devastated for our gorgeous girl and felt lost on how to see her future. We often said we felt like she had a dark cloud chasing her now, just waiting to catch up with her and rain away her sunny days. We had no idea what, if any, symptoms she would develop and had to come to terms with living a life of constant worry for her until she reached adolescence when many of the symptoms usually begin to appear.

However a week later, one evening, we received a call from Addenbrookes asking us to bring Mia to see them first thing the following morning. We arrived to a room full of people and what we were told next caused our entire world to crumble. 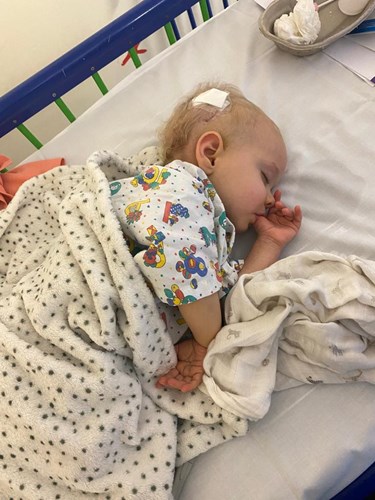 Mia had a bilateral optic pathway glioma, a huge collection of brain tumours that had formed a blanket around her entire optic nerve and surrounding pathway. She also had hydrocephalus (fluid on the brain) caused by the tumour and would likely have lost a proportion of her eyesight already. We were told it was likely that Mia’s tumour had been present from birth or even before and had developed as she had, as far as we know we have no family history of NF1 making Mia a spontaneous case of which she is 1 in 40,000. We are waiting for gene testing to confirm this. 3 days later she had a biopsy on the tumour and a Hickman line inserted to stay in for the entire course of chemotherapy. A week later a permanent shunt was inserted into her brain to drain the fluid and she started her chemotherapy course the following week to last for 70 weeks. Our entire lives had turned upside down.

Nothing can prepare you for the unimaginable pain you feel when the person you love most in the world may not live the life you wanted for them. Seeing your baby suffer changes you in ways you could never explain.

Mia is now a few months into her chemo, she has since had another shunt inserted to relieve further pressure in her brain and has lost her eyesight completely. She is often terrified, upset and wiped out from her treatment. She has weekly chemotherapy sessions on top of blood tests, CT scans, MRI’s, ophthalmology and oncology reviews.

Mia’s tumour will never go completely, the aim is to stabilise it and there is a small chance we may be able to shrink it a little if she responds well to treatment. Unfortunately it will likely continue to grow until she is older so she will need further chemotherapy throughout her childhood if that happens. We have been told the chances of her regaining any of her eyesight are slim.

She is slowly learning a new way of life without her eyesight and we can only hope her treatment begins to work and treat the tumour and that she doesn’t develop many more symptoms as she gets older. There are approximately 25,000 people in the UK alone living with neurofibromatosis. There have been many dark days and constant questions.. ‘Why her?’ ‘Why this?’ but the truth is you never know what the future holds for anyone, all we can do is everything we can to make sure she has the life she deserves. 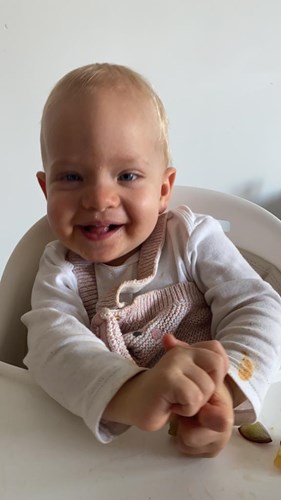 Mia may not be able to see the wonders of the world for herself but we will do whatever we can to make sure she experiences the beauty in everything around her. Our beautiful girl is one hell of a fighter and we couldn’t be prouder of her!

656 Squadron Group deploys to Bardufoss in the Arctic every winter to conduct combat aviation training. 80 groundcrew, aircrew and engineering soldiers will run a collective 4190km in our spare time whilst on exercise for 6 weeks in one of the harshest environments on earth.