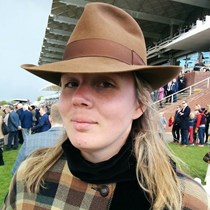 This week, Kato Harris has been cleared of a terrible crime. The jury reached a unanimous verdict in only 26 minutes. The accusations levelled against him were found to be impossible. This is a case that should never have come to court. Kato has been living a nightmare for over a year, unable to do the job he loves, terrified that he would be jailed as the result of a false accusation.

Kato has no hope of paying this debt. This page is set up by his friends, who desperately want to help Kato rebuild his life. Please review the press coverage of Kato’s case below. If you feel moved to donate whatever you can afford to help Kato cover his debt and rebuild his life, we would be so grateful. Once Kato’s debt is covered, any surplus donations will go to a charity which supports victims of sexual abuse.