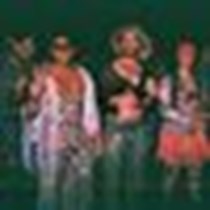 Hey guys! I wanted to start this by saying, Penny is just a kid that wants to be able to do regular kid things. She is perfectly capable to do these things she just needs support, help, and a little orthopedic/occupational therapist intervention. So we will tell you Penny's story as to why she hasn't had this yet, and why we need your help.

Penny was diagnosed with congenital hydrocephalus (in layman's terms 'fluid on the brain'), a very common, equally dangerous brain malformation that see's her ventricles approximately 4 times the size of a regular child. Penny's hydrocephalus is very profound and since she was left so long to be diagnosed she has had significant changes to her brains development. This means Penny's head is pretty huge! (and very beautiful). Due to these changes she has also been diagnosed with Cerebral Palsy at around 18 months old and Dandy Walker Malformation Syndrome at about 16 months. She is much more spastic on her left leg, however he right legs is pretty badly effected too. Penny used to see a physiotherapist every week to aid her muscle tone and help her acquire the skills to be more mobile. It was brilliant her physio therapist taught her to climb on furniture and up the stairs it was amazing! She ordered her some special shoes but Penny was just too tight muscle wise and her little feet would pop straight out! so at about 16 months old Penny was referred to Orthopedics for splinting.

Penny was referred and re-referred, each time they would send the letter too the wrong address and subsequently discharge her from this service meaning penny never even had a consultation for her splints, penny was never offered a standing aid and never given the appropriate equipment. Our physio therapist and myself would constantly be chasing this up. Every time they discharged her we weren't notified, not even a phone call. During this time She was also left with growing pressure resulting in a huge lump of CSF (Cerebral Spinal Fluid) developing outside her skull. If you ever saw penny before her second surgery that's what that giant lump was on her noggin!

Penny was fitted with a shunt around 5-6 months later than when she needed it but by this point her scans were and still are very unusual (We also found out upon her shunt blocking that it wasn't fitted in the typical way and was threaded through her mandible, or jaw muscle, which we were told would have hurt. A LOT. At this point Penny had her 3rd surgery in the space of 1.5 years).

We moved to Oxfordshire where we had to start the referral service again, first pediatrician which we still haven't seen (2 months in) then physio, then orthopedics. miraculously Penny began to walk with a baby walker, which we didn't know weather to cry with happiness or sadness about. Pennys walking is just so poor, its so dangerous. My wife who works in a neuro-rehab setting knows exactly what penny needs and looks after adults like her every day, its heart breaking that she cant get this care provided for her own daughter.

If we were to wait for the NHS to provide penny with splints we would have to stop her from trying to walk. This would stop the walking from being innate, it would then be something she had to be taught again (whenever she finally got a consultation which we have been advised by her GP would be a long wait). We feel backed into a corner and just desperately want to provide her with splints and a walking frame. That's all we want for our girl. We want her to have the same opportunities of every other kid her age, which is why we are asking for the help to fund private splinting.

If by some crazy twist of fate we raise more than we expected we will give the extra to a local to Teesside charity called "Remembering Rebecca" Check it out its great. Likewise if we are still fundraising in months time and she gets seen by the NHS first, any money raised would go to this charity as well.

Finally thank you so much for reading this! It may sound pretty negative towards the NHS but we actually love any fully support it, my wife is an NHS worker which says something about just how desperate we are!