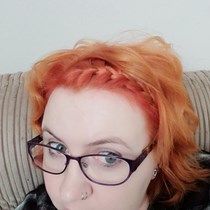 Weʼve raised £1,135 to help fund the search for 21 year old Tapiwa Matuwi, known to friends and family as Tapi, missing since February 7th

This page was set up by Tapi's fathers work friends who want to help with the search. Posters, adverts, traveling and time cost money and every penny will help in the search

Tapiwa Matuwi, known to friends and family as Tapi, has not been seen since the early hours of Thursday February 7th

The 21-year-old, who is from Llansamlet, was last seen by friends in Fiction nightclub, Wind Street, at around 2am. He was last captured on CCTV in the Castle Gardens area at approximately 5am.

Tapi is described as approximately 5ft11 tall, of slim build, with black hair which has orange on top, and very light stubble. He was last seen wearing a black baseball cap with red logo, a red jacket with Bieber written in white on the reverse, and a white hooded top beneath. He was also wearing dark blue jeans, and high-top shoes.

Officers and Tapi’s family are growing increasingly concerned for his welfare and are appealing to anyone who has any information on his whereabouts, or who believes they have any information from the early hours of Thursday which could assist with the investigation, to come forward.

Someone knows about Tapi's whereabouts. lets keep going till we find him. Any information, no matter how small you think it may be, please contact the number above or the family.