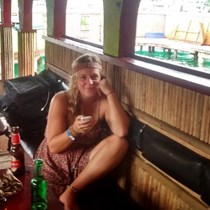 When Hoa smiles, it´s like the sun has risen. It is the biggest smile I have ever seen. You would think she has just thought of the funniest thing you can imagine. Her smile is contagious. I cannot wait for her to tell me the joke she just thought of. But she never will. Because Hoa can´t speak. She can also most likely not hear or see. She can barely move. Hoa suffers from hydrocephalus, a condition also known as “water on the brain”. An illness that has already decided an early end for her young life. Hoa is three years old and lives in a children´s centre in Vietnam, abandoned by her own parents who were hoping that she would receive better care somewhere else. And she is not the only one. 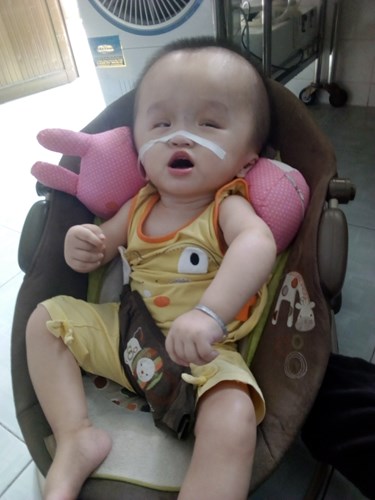 Hoa shares her room with twenty one other young children. They all live in a small room on the second floor of a big children´s centre in a big city in Vietnam. The kids are between one and ten years old and of them has a severe disability, but it´s hydrocephalus that the majority of them is suffering from.

Hydrocephalus can occur to people of any age due to things like a head injury or tumour. But most of the time it´s an illness that babies get born with. Once the baby is born the child´s head swells to give space for the excess fluid which results in the unusually big and unformed head that is more commonly known as “water on the brain”. Without early treatment Hydrocephalus can lead to a loss of mental and physical abilities and often results in an early death.

Seeing a child with hydrocephalus for the first time can be shocking and quite overwhelming. But let me tell you something – these children are beautiful. In every way possible. How do I know? Because I have spent the last six months visiting them twice a week on behalf of the Little Feather Foundation here in Vietnam. The NGO was founded by two Australians who believe that despite their severe illness these kids have a right to feel loved and cared for. Many of the children´s parents were, for different reasons, no longer able to care for them and gave them up. All the kids have left now are a handful of nurses and nannies. But as the children´s centre is run by the government there is only enough money for approximately one nanny to ten children. Which isn´t even barely enough. Imagine you were a child and you constantly experience strong headaches and muscle pain. Or even worse, the pressure on your skull from lying down all the time has broken up the skin on your head and you now have open wounds on your head. And there is no one who cares for you, takes you into their arms or just holds your hand. It´s a cruel picture to imagine. The Little Feather Foundation decided to change this. We can´t take away the condition, but we can still give love and warmth to the kids and at the same time try to reduce their pain as much as possible through various methods. This kind of care is called Palliative Care. 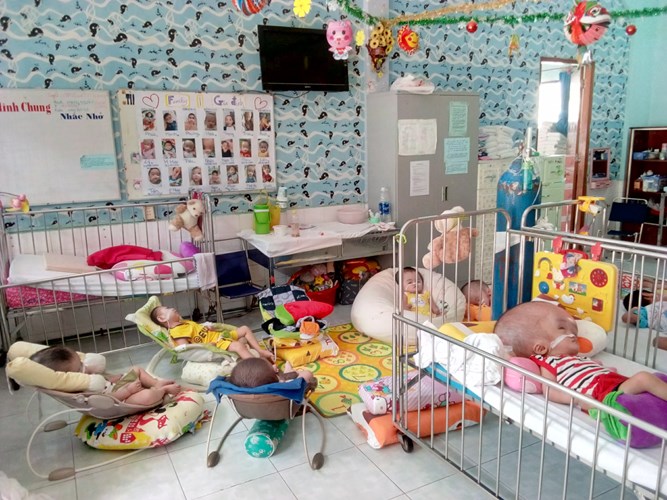 Unfortunately in the world we live in, money rules. And in a poor country like Vietnam it rules even more. As the children´s centre is owned by the government money is a thing that isn´t available. As a result almost everything that the children need is there because of donations. The bouncers are bought from donations. The microfiber pillows that are essential for the kids to lie comfortably without any pain are bought on donations. The clothes they wear, the books we read to them, the baby oil for their massages, even the medicine and dressings are bought from donations. We can give them the love and cuddles they deserve – but for the rest we need you. Every Dollar helps. And I am not just saying that because that´s what you always hear people say, no I am saying it because it´s true.

These children will still suffer from hydrocephalus. Their parents will still not come and take them back home. But I promise you from the bottom of my heart, with your help, as little or big as it may be, together we can make the life of these children as full of joy, smiles and love as it can be. They will never be able to say thank you, but those moments when they smile at you are all the `Thank you` s in the world that anyone could ever need. Thank you! 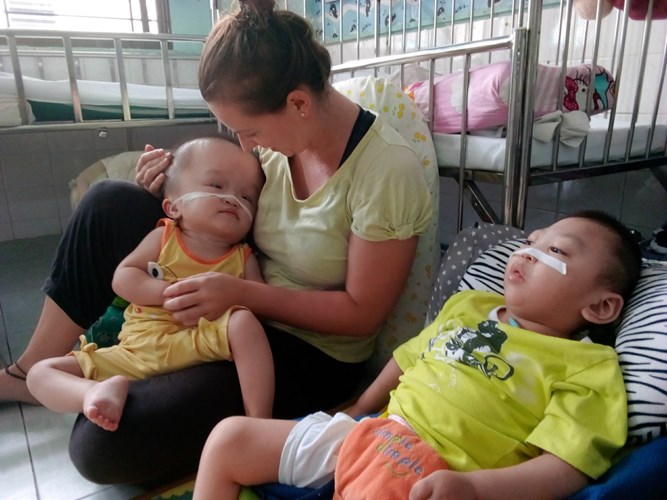