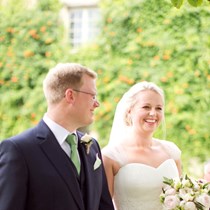 Weʼve raised £615 to Help Henry to get to his Bone Marrow Transplant for SCID and make his 1st Birthday!

Henry at a mere 8 weeks old was diagnosed with a devastating condition called SCID (Severe combined immunodeficiency). We were totally unaware.

Henry was born without an immune system and cannot fight the simplest of infection, anything could potentially kill him. Even the ‘common cold’ passed on by our kiss could be fatal.

So far he has had numerous infections in his 8 weeks of life. He has a mouth ulcer the size of a 10p in his throat and a severe fungal infection - he receives everything via a feeding tube. Most untreated SCID babies die before 1 years of age. He is under the medical care of Great Ormond Street and is awaiting a bone marrow transplant (BMT) . But in the meantime he is in and out of hospital and back and forwards to Great Ormond Street.

We want to do everything we can for him, but his brother has also been affected as he is no longer allowed to go to nursery, play with other children , go swimming or to any groups and we need to make sure he is cared for too as he may pick up an infection that could be life threatening to Henry. Henrys brother, Oscar is the likeliest person to be a tissue match for the bone marrow , he's 17 months old. That means both our little boys are going through this ordeal.

Henry requires 24 hour care. His feeding and medications to keep him stable mean it's a 24 hour job! We need Henry to stay healthy and alive until he can have a BMT.

We desperately need help towards his continued care, so we can make it to his BMT and his first Birthday. We need to raise awareness for these rare diseases so these babies get to live a normal life outside of the bubble.. please help us do this for Henry!