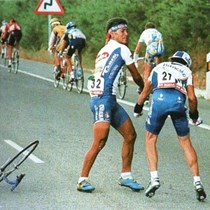 Fifty years ago, 24-year-old Ryszard Szurkowski won his first Peace Race. He’d win three more, and would wear the leaders’ jersey in 52 of the 89 stages he contested. In 1973 he won a wonderful amateur World Championship road race in Barcelona, and his palmares is without parallel in amateur cycling. During an era of unparalleled success for Poland’s footballers, Szurkowski - a cyclist - was twice voted his country’s sportsman of the year. He was a champion on the bike and a champion off it, and in in 1971 he was the recipient of the UNESCO Fair Play Award,

Professional sport didn't exist behind the Iron Curtain, but Szurkowski was probably the best amateur hwo ever lived. In 1974 the organizers of Paris-Nice broke their own rules in inviting him to take part. Everyone on Planet Cycling wanted to see "The Eastern Bloc Merckx" go toe-to-toe with Eddy, and Szurkowski podiumed in three of the stages despite being only half-fit.

In 2018 he crashed during a race in Cologne at the age of 72. Ryszard was paralyzed, and his rehabilitation is long, slow and painful. The Lions Club of Poznan are raising money for a customized vehicle, and I'm trying to contrubute in some way. Anything you can give, a little or a lot, would be greatly appreciated. Please also share this page with as many cycling friends and family as possible. 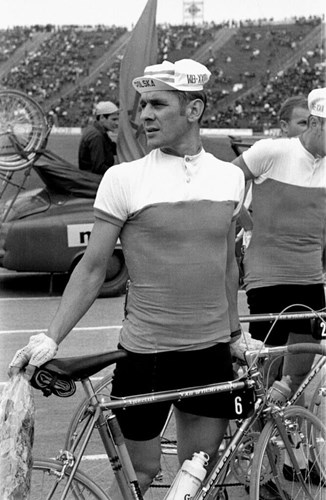 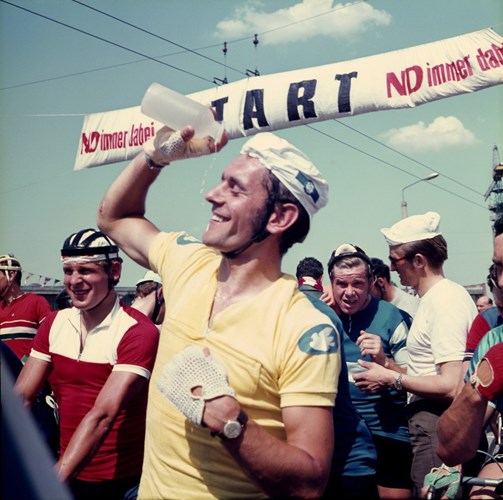 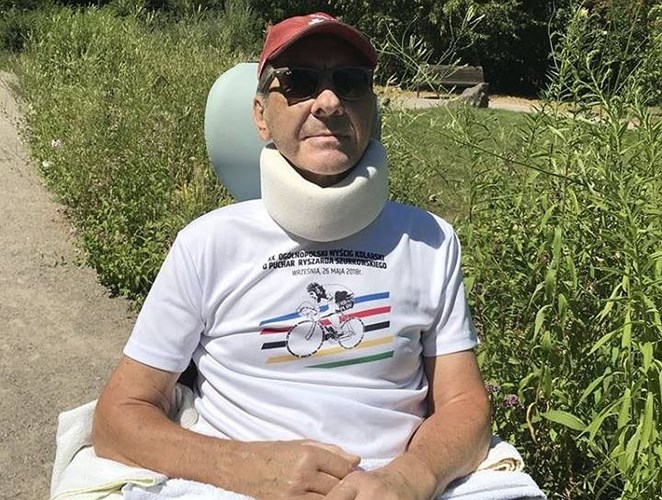