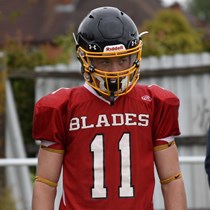 Weʼve raised £520 to support the #CheetahPride charity game in Southampton.

The Hertfordshire Cheetahs Junior Squad have been invited to a Pre-Season Charity game against the Solent Seahawks in what will be a rematch from last year's thrilling Shield Final where Solent narrowly claimed victory. This is Hertfordshire's chance to rewrite the past and play in honour of a truly fantastic cause. Tragically, a father of one of the Solent DTs, Jake Alward, who was there watching in August has passed away from cancer. The Cheetahs are going to support Solent and Mr. Alward's family by raising as much money as possible to try and prevent this disease from taking the lives of others, so please donate generously. To show our thanks, as a club, we are going to attempt to break every single American Football World Record in existence, including things such as Most one-handed American Football catches in one minute, Farthest behind-the-back catch of an American Football and Farthest blindfolded catch of an American Football among many, many more. A YouTube video compiling the best and most entertaining attempts will be uploaded upon completion of this event.

On behalf of all of the Hertfordshire Cheetahs Junior Squad,

My name is Jack Stodel and I am the starting Running-Back for the Hertfordshire Cheetahs. We, as a team, have come up with this idea of breaking world records in memory of Jake Alward's father, who tragically passed away from cancer late last year.