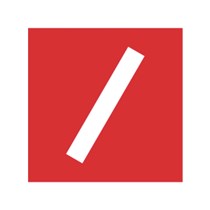 Weʼre raising £12,600 to Fund HIV PCR testing so the UK adult industry can break standards that discriminate against performers with an Undetectable HIV viral load

The NHS provides instant or 4th generation HIV testing. When adult film performers use this for collecting their work certificates the result excludes performers who are living with HIV with an undetectable viral load. Although this means their HIV is being effecfively surpressed and so is unable to pass on.

Using an HIV test which excludes in this way supports discrimation amongst the community. There are no safety findings supporting this exclusion, but fact the opposite is true. Performers with an Undetectable viral load being included reduces the HIV aquisition rate for the entire industry.

In the UK most adult film industry performers are navigating poverty restricting healthcare private access. Production companies are no longer wealthy, UK based, or a reliable part of the industry to access performer welfare support from. Regulations requiring productions, paysites, or platform contributions to perform welfare, have never been sucessful in the UK. Meanwhile in the pursuit of this performers are left vulnerable.

With the indrustry adopting HIV PCR testing then, across all performers, a single HIV test can can be used to identify if a performer is safe to work regarding HIV.

The results from this HIV test is the same for someone who is HIV negative and someone living with HIV with an Undetectable viral load. This means the industry standard shifts to one of inclusive practices and sepperate personal action has to take place to enable discrimation.

The HIV PCR test indicates if any transmittable levels of HIV are found. The industry becomes vulnerable to breaching the equality care act if this shift is not made. The result of discrimating against performers living with HIV is they have been found to enter greater risk situations in the sector.

I am the Sexual Health & Well-being lead at SNAP the Support Network for Adult Professionals. I am also a rep for United Sex Workers a trade union for the sector. Additionally a staff member at National Ugly Mugs, a Sex Worker safety charity in the UK.