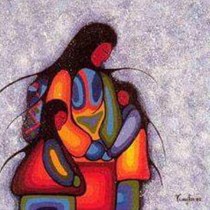 Weʼve raised £580 to Fund help for the homeless in Exeter. This initiative will be known as SOCS- Sleeping on Cardboard Sucks!

According to the local Devon authority, as of November 2017, there are 25 homeless people in Exeter. The local charity St. Petroc's puts it more at 50-60, all of whom they feed every day and know to be homeless. The local council provide 15 beds, free of charge, on a first come first come basis at night. There are no other designated shelters for the homeless in the city. Should the MET forecast three consecutive nights of sub-zero temperatures (VERY rare in Exeter) the council have a duty of care to house any homeless on the streets. Why can't this provision be full time?

i am trying to raise money to provide the homeless with, amongst other things, rucksacks, thermal clothing, sleeping bags, dog-food, personal hygiene products and pop up tents. There is also a huge need for a safe storage facility where people could leave their few belongings safely during the day- this would then facilitate them being able to have a sleeping mat or cot. i have even thought about providing them with those pull along shopping bags that some older people use for their shopping. LONG term i would like to investigate the possibilities of having donated land for small wooden dwellings- there are two pilot projects in the UK and this is already being done in the States.

i have set the target goal at £3000- i have just over 300 Facebook friends and if every one gave £10...and although i know that won't happen, it gave me a place to start. It would be amazing to think that we could actually start something special here and really help these homeless men and women in need.