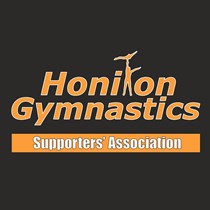 Weʼve raised £2,405 to help with relocation costs and the provision of future training needs and facilities for Honiton Gymnastics Club and their members.

Honiton Gymnastics Club is a Honiton community group of 35 years. More than 500 youngsters in Honiton and surrounding parishes belong to Honiton Gymnastics Club, which had been training in its Ottery Moor Lane centre since 2016. The club caters for all ages running classes such as Fun 4 Baby, Turbo Toddlers and the Gym-Crazy Kid sessions through to recreational gymnastics classes and competitive training for those gymnasts competing at local, national and international levels - including British Champions. The club reputation is excellent and there is a waiting list of more than 400 children asking to join. In September 2018 alone, 100 people signed onto its waiting list, which continues to swell in size.

However, the club has been thrown into turmoil after its landlord, Tesco, gave it notice to vacate their current premises. The supermarket giant has sold the site to building developer, Taylor Wimpey. Members of the club have had to pack up the centre with a few days notice ready to load all equipment into shipping containers.The situation has forced the club to cancel seven of its popular classes until it is successful in securing a new venue.

James Reddy, head coach and board member, said the group’s priority in the short to medium-term is keeping sessions running for its competition gymnasts. The board are looking to secure the long-term future of the whole gymnastics club at an alternative venue. Ideally, the club needs a unit of around 18,000 square feet to house all of its equipment and accommodate the gymnasts.

Some of the comments received from parents:

"The club does so much for so many and the time, effort and patience put in by all the coaches to give our children such amazing opportunities just can’t be expressed in words."

“I love being a part of this amazing team and feel like they are my extended family. I am truly devastated by the recent news, as is Jess. I have written to my local MP in the hope they can use their influence to help the club speedily find suitable alternative premises and lobby to support the club’s efforts going forward.”

"I know that James, Helen, Pam, Melissa and the rest of those who run the club will find somewhere for training to carry on but for my daughter and the other gymnasts who love going to training and adore being part of the club this is a big blow and a worrying time. At the age of ten, she doesn’t understand the bigger picture and just wants to be able to carry on training and doing what she loves, gymnastics."

Thank you very much for your support to this fantastic cause. Your donation would truly mean so much to the board members, coaches and each and every gymnast at the club.