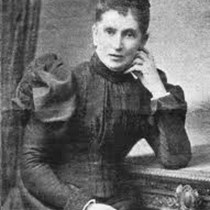 Weʼve raised £917 to Reprint Queen of the Rushes

We're teaming up to support one of Honno's classic titles: QUEEN OF THE RUSHES by Allen Raine sold over 300,000 copies at the beginning of the 20th century, when it was first published. It was made into one of the first British silent movies and was the first title in Honno's Welsh Women's Classics series. It is hugely deserving of remaining in print and we're swimming, cycling and running in the DYFI DASH to raise money for a new edition to ensure it continues to be read. It is a tale that maps out a distinctly Welsh literary landscape and demonstrates Raine's powers as storyteller, delineator of character and social historian.

We have also published A Welsh Witch by Allen Raine in the Welsh Women's Classics, and one of her short stories appears in: A View Across the Valley: Stories by Women from Wales c.1850 - 1950

Honno's aim is to select and bring back into print works which are not only of literary merit but which remain readable and appealing to a contemporary reader: in 2018 GoodReads member, Deb said, 'I enjoyed this far more than I expected, having originally thought it would be completely dated and predictable ... I actually found it quite a page-turner, with suspected murder, arson, insanity and drownings all featuring in the story - quite a whodunnit at times.'

You can see details of all these books at: https://www.honno.co.uk/authors/r/allen-raine/

Honno Welsh Women's Press was set up in 1986 by a group of women who felt strongly that women in Wales needed wider opportunities to see their writing in print and to become involved in the publishing process. Honno is registered as a community co-operative

works at Honno Welsh Women's Press which was set up in 1986 by a group of women who felt strongly that women in Wales needed wider opportunities to see their writing in print and to become involved in the publishing process. Honno is registered as a community co-operative.