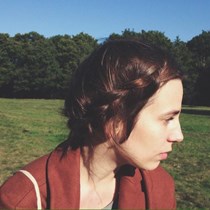 Weʼve raised £572 to help Houses4Nepal rebuild homes that were lost during the earthquakes in Nepal.

"We're okay," he said just before he got cut off, which considering the tone of his voice, wasn't very reassuring. After seeing the first images of the earthquake's destruction, I was relieved to hear from him, however. With a death count running in the thousands, and more than ten thousand injured, I had prepared myself for the worst case scenario.

I was glued to the news; glimpses of destroyed temples I had witnessed in their full glory only the year before; houses turned into piles of bricks on the sides of roads that no longer led anywhere; orphaned children crying in the dust. The earth had moved, and Nepal was ripped in half.

I put the phone down with a renewed sense of hope. The voice on the other side belonged to Suman Khatri, a tour leader for Royal Mountain Travel and a dear friend. Even though his house was utterly destroyed in the disaster, his spirit was high as ever, and his family was safe.

My photographer friend Roberto Rubalcava and I decided we wanted to do something to help the people of Nepal, and realizing that we were useless at putting brick and mortar together, decided to fund our own trip to Nepal to film the aftermath of the earthquake in order to raise awareness of the support that is still so necessary more than a year after the earth shook.

We visited a building site in the Everest area where the Dutch charity Houses4Nepal was finishing the build of its first house. We were touched by the charity's founder Hanne Dikken, who started raising funds for the Nepalese after they guided her to safety during the earthquakes when she was on holiday in Nepal. Being inspired by her determination and the resilience of her Nepalese friends, we decided to use this page to raise funds for her charity.

Roberto Rubalcava is a photographer based in London. His projects focus on the human condition and display a great sensibility for light and colour. Rebecca Rijsdijk is a writer based in London. Her work focusses on small human dramas that are easily overlooked.