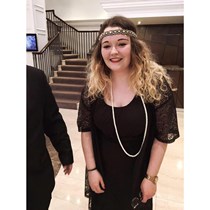 Weʼve raised £1,375 to support the Balachandran family during this difficult time

Sangarapillai Balachandran is due to be removed from the UK with his wife and three children. Since the family have lost the right to work and used all of their savings they have become homeless. The family spent a night in Heathrow Airport before asking to be put in a detention centre as an alternative to being on the streets. The Home Office agreed to put the family in a budget hotel next to the detention centre, due to Balachandran's ill health, if they agreed to return voluntarily to Australia on Monday.

Mr Balachandran has had three increasingly serious strokes over six years and is unfit to fly. Long flights can increase the risk of stroke and Mr Balachandran's blood pressure a few days ago was 160/105. The normal range is 120/80 to 140/90. The Home Office insists that he is fit to fly but will need four medics on the flight with him. This is unacceptable.

Balachandran is an engineer and an expert in water purification systems. Karthika has learning disabilities and is a voluntary administrator at St George hospital. Sinthuja gained a first in economics at Queen Mary University and passed civil service fast-stream exams. Her brother was accepted to do a degree in computer science but unable to take the place due to his immigration status.

The family has been granted exceptional case funding from the Legal Aid Agency for a human rights claim but they may run out of time. We are concerned that the Home Office is removing seriously ill people who are unfit to fly and that the Balachandrans will not be able to make their human rights claim. This will not only endanger the life of Balachandran but could potentially put the other people on the flight at risk of harm.

The family are able to support themselves and have already proven to be a positive contribution to society and will continue to do so if they are allowed to work; study and remain.

Last night the Balachandran family refused to board their flight due to Sangarapillai’s blood pressure rising to 169/113. (The normal range is 120/80 to 140/90.) Sangarapillai appeared disorientated and semi-conscious as the family waited at the airport. The decision was made solely for Sangarapillai’s health as he was clearly not fit to fly in this condition.

On Sunday 14 October 2018 the family obtained an independent medical report that confirmed Sangarapillai ‘is at very high risk of further CVAs (strokes) and possible life-threatening consequences because of high blood pressure due to high levels of stress.’ The expert stated that he was at risk of ‘life-threatening brain damage’, was suffering from severe depression and was suicidal. The Home Office paramedic remained of the position that he was fit to fly.

As a result of the decision not to fly, the family are now likely to face individual deportation. No time frame has been given on when they must leave. No medical help has been offered to Sangarapillai. The paramedics left as soon as the decision had been made not to board the flight.

The family requested to be detained by the Home Office in order for Sangarapillai to receive the medical attention that he requires. However, the Home Office has declined their request. The family now find themselves in emergency housing.

For the time being we have set up this urgent fundraising campaign to support the Balachandran family during this difficult time.

The Home Office will not send the family to a deportation centre. The local authority have offered emergency housing but it is unclear how long this will be provided for and when the individual deportations will take place. In the meanwhile, the family are unable to work or access any benefits so the money raised will be used to support them however appropriate during this difficult time.

We will keep you updated but please do keep sharing our petition and donate anything you are able to. Even small amounts will make a difference. The family really appreciate your kindness during this difficult time.