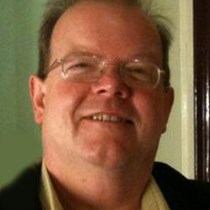 Phoenix Radio worked with Healthy Minds, an organisation led by people who have personal experience of emotional distress for 4 years. We developed a training scheme for their staff, volunteers and service users who regularly booked space to pre-record features ready to be mixed down into 3 hours programmes. The show highlighted individual journeys of individuals and promoted new courses or workshops that were available to members of the public. There were also interviews with health professionals who offered support and advice and representatives from groups that offered even more outlets of support. The show proved popular outside of the targeted group with listeners often called in for contact numbers they may have missed because they knew a friend or family member who could benefit from some of the things being broadcast. Others commented on how much more aware they had become about some of the issues faced by people through hearing their stories. We believe that the more ‘real’ voices and experiences that can be shared, then the more lives can be saved. In February, Phoenix Radio was proud to be given the Disability Confident Committed title. Phoenix Radio isn’t just a Community Radio Station, it is a Community.

Sadly, in June, 2018 a decision was made by Healthy Minds to stop the programme. This was due to internal changes which made continued involvement from their staff and volunteers impossible. This was a blow to all concerned, especially at a time when Mental Health was gaining more awareness through national media and supporting organisations. Monitoring visits to the Healthy Minds website, they consistently saw a spike in visits following the show's broadcast - an average 57% increase in traffic compared with the rest of the month, which demonstrated that people engaged with the show's content enough to want to find out more. In order for us to be able to re-develop the show we need funding to be able to pay a member of staff to train volunteers who can plan, record interviews, gather local and national information, edit the material and produce a broadcast ready monthly show.