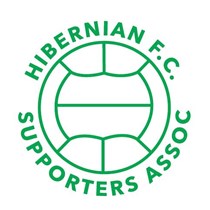 Weʼve raised £1,698 to help Hibernian Football Club pay for damage to Hampden following our Scottish Cup win on 21 May 2016.

We've been part of our terrific support for over 65 years now.

On 21st May 2016 we saw what many fans before us has missed out on - a Hibs team finally winning the Scottish Cup at Hampden.

The memories of that day and the celebrations that followed back in Edinburgh will last forever.

However we know that damage was done at Hampden following the final whistle.

For that reason the Trustees of the HSA have approached the football club to find out the cost for compensating the SFA for damage to:

We're asking all Hibs fans who can afford it to back our campaign so we can pay this figure as quickly as possible.

This gesture should hopefully allow everyone at Hibs to concentrate fully on the main business of the season - helping Neil Lennon's team get back to the top flight.

This campaign isn't about apportioning blame or pandering to outside influences - it is about helping Hibs deal with a situation that was beyond the football club's control.

Fans will be given the chance to vote on how any additional funds raised should be used to support Hibs-related good causes.