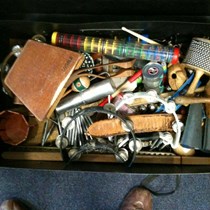 Weʼve raised £1,210 to build a monument for the men and women from Hull who fought for the International Brigades in the Spanish Civil War.

The Hull International Brigade Memorial Group; (HIBMG); was formed in 2015 and consists of a broad group of people who have an interest in the Spanish Civil War 1936-39 and those from the Hull and east Riding Area that volunteered to fight in support of the elected Republican Government of Spain and against General Franco and those who supported his coup, Hitler and Mussolini.

The group is made up of relatives of the volunteers, local historians, academics, trade union activists and members of local political parties. Others members are interested in the history of the Spanish Civil War, its significance as a pre-cursor to WWII and the largely forgotten stories of those who volunteered.

HIBMG is raising funds for a fitting monument to the volunteers but also to research their history and explore the events of the time. A book has also been commissioned and a schools learning module on the subject will follow.

Relatives and the Group were clear that the Monument design should reflect and link to the art and symbolism that the volunteers experienced while in Spain and also where they came from in terms of the occupations they had and the roles they played in the war. This is reflected in the imagery carved into the ‘Crema Marfil Alba’ base of the monument which comes from the Basque Region of Spain. Sitting atop this base is a structure of Forged and fabricated Cor-ten steel sourced from Catalonia. This area was where much of the British Battalion of the International Brigades were deployed, the Battalion in which the Hull volunteers fought.

It is the Group’s intention to unveil the Monument before the start of the 2018 AGM of the British International Brigade Memorial Trust in Hull in October this year.

We need to complete the fundraising to achieve this aim and provide a lasting and fitting memorial to those who fought for freedom and democracy in a faraway land and to stop Fascism taking over Europe and the World.