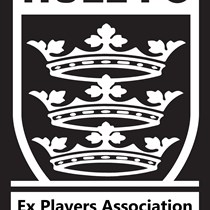 Weʼve raised £13,372 to help local Dementia and Alzheimer's charities and groups who support our people.

Following the success of the #EPABigBikeRide, another of our members, Carl Sanderson has decided to take on the challenge of the Great North Swim and do so to raise further funds for our cause.

Carl, supported by colleagues at HSL Comfort Experts is swimming Lake Windemere on Saturday 11 June and any further donations in support of Sandy will be greatly appreciated.

WINNER #39 Darren Bunby - CongratulationsBONUS BALL DETAILS ARE AT THE FOOT OF THE PAGE. ALL NUMBERS HAVE NOW BEEN SOLD - THE DRAW WILL BE NATIONAL LOTTERY DRAW ON MAY 7TH 2022

Several former Hull FC players and coaches are battling or have recently been diagnosed with a form of dementia, including Alzheimer’s disease.

Following the news about ‘Simmo’, some of the players during Royce’s tenure at the club have decided to join Royce and take on a challenge of their own. This will be in honour of their former coach and all former black and whites who have suffered or continue to suffer with dementia.

On Friday 13 May, Hull FC play St. Helens away at the Totally Wicked Stadium, the only other Super League side that Royce coached in the UK. And week commencing Monday 16 May is Dementia Action Week.

So, on Thursday 12 May at approximately 7am, 20 of Royce’s former charges, and admirers of players from earlier generations will set off from the home of Hull FC at the MKM stadium to cycle almost 130 miles from Hull to St. Helens, arriving at the ground in time for kick-off.

Cycling along the Trans Pennine Trail, with an overnight rest halfway through the route planned under the close watchful eye of former club and Great Britain Physio, Keith ‘Cheggars’ Warner.

The group are hopeful that club legend, and former captain of Hull FC’s two-time Challenge Cup winning sides of 2016 and 2017, Gareth Ellis will join the ride at some stage.

Ellis enjoyed a wonderful spell down under at the West Tigers where he was also fortunate enough to mentored, and no doubt entertained by Royce.

**IMPORTANT** This page has been set up as a Crowdfunding page so that any funds raised can be split and shared amongst local charities and groups who work tirelessly for those with dementia or Alzheimer's. The group would also like to offer a donation to Royce's cause too.

Foxy Rentals for providing the support vehicles and transport for the return journey.

MyProtein for supplying all nutritional supplements for the challenge.

Former player Mick Sutton will provide support on the ground and drive the support vehicle.