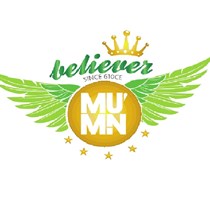 Right now, in Myanmar, Young children, women and men, the old and the disabled are all being tortured, set on fire, raped, murdered and their houses burned. We as the humankind have to take action because they are innocent people that don't deserve this affliction.This is a prosecution of the Rohingya Muslim community is due to the fact that the army and the government deems (Islam) a foreign to the state's religion which is Buddhism. Religion shall not be the difference between humanity and punishment.

Upon the documentations of the crime against humanity being conducted in Myanmar by the Office of the United Nations High Commissioner for Human Rights (OHCHR) in a ‘flash report’ which was released on 3 February 2017, no serious action seems to have been taken to end this genocide since then.

This is regardless of the fact that another recent report made on the 30th August 2017 seems to have found that indeed the violence being shown towards the Rohingya population in Rakhine State throughout this protracted crackdown could “very likely” amount to crimes against humanity.

Also according to OHCHR noted that “more than half of the women its human rights team interviewed reported having suffered rape or other forms of sexual violence. Many other interviewees reported witnessing killings, including of family members and having family who were missing.”

It is clear by now that there have been serious human rights laws both local and international that have been violated by the Myanmar government through its security forces. It is also clear that these violations which have resulted in approximately more than tens of thousands of people murdered from a specific community alongside the displacement of even more people certainly amounts to genocide as opposed to just being termed as being “very likely” to amount to crimes against humanity.

Further, even after the Myanmar government assured the United Nations that the appropriate actions were going to be taking in order to address these issues, it is clear that apart from a few actions which seem to be more of a show as opposed to action, nothing more is being done to protect the Rohingya. The fact that the government has consistently absolved its security of any wrong doings just goes to show that the Myanmar government is the orchestrater of all that is happening to the Rohingya people.

Burma is a member of UN charter which is a “super – treaty” article 103 therefore its binding to international law charter supersedes any other domestic law and in this case has to be resolved in favor of the mandate. Due to CIL (Customary International Law) Burma is binding International Law regardless of the treaty status.

Further, prior to its adoption of the Universal Declaration, the General Assembly adopted the Convention on the prevention and punishment of Genocide, which obligates all States to "prevent and punish" such heinous crimes. It equally permits them to "call upon the competent organs of the United Nations" to take action for this purpose."

United Nation also provided that "Since genocide is almost always committed with the connivance, if not the direct participation, of the State authorities, it is hard to see how the United Nations could prevent it without intervening in a State's internal affairs." It is, therefore, only appropriate that you come in as an organization and intervene as soon and as fast as possible.

I deeply believe that it is during this time in which the Rohingya people in Myanmar are deeply in need of the world intervention. There is no better way for this to happen than the enforcement of appropriate actions and/or mechanisms by the United Nations. This would certainly go a long way in ensuring justice for the Rohingya people alongside other vulnerable minorities.

We are currently in discussion with International Criminal Lawyers to resolve this issue by drafting lawsuit against the leaders of myanmar.

Also we are protesting this Saturday outside 10 Downing Street pressuring our leaders to step up, speak out and make this happen. Your help can fund our campaigning

But please continue to support us to fund our work on pressuring the UN Security Council through protests outside Downing Street on the 16th of September, pressuring UN members embassy's and Campaigns to take the leaders of Myanmar to the International Criminal Court. We will also draft complaints/legal case to forward them to international treaty bodies and UN.

I've worked with Muslim Aid as Volunteer/Fundraiser in the year of 2010-2013. I have also worked with Ummah International Trust as the operations manager 2014. Currently I'm developing Mu'min believer org. I am dedicated to work for the humanity to provide justice for the people.