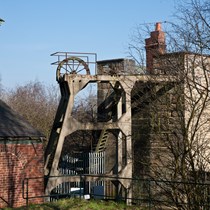 Weʼve raised £515 to meet the costs of essential overheads and keeping the colliery open for visitors and volunteer days.

After suffering significant neglect, theft and vandalism in more recent times, the colliery site was in danger of being lost forever when UK Coal announced their bankruptcy in 2013, and the pit fell into the hands of the receivers.

This critical development led to the establishment of a Social Enterprise, The Friends of Hemingfield Colliery, a group of individuals determined to save the site and to build a new future for it which respected the important industrial and social heritage, but would also provide opportunities for volunteering and community engagement.

In December 2013 the group made an offer to purchase the site to safeguard it but the transaction didn’t complete until June 2014. The The Friends of Hemingfield Colliery is eager to press forward with its plans to repair, refurbish and reuse the buildings and the site.