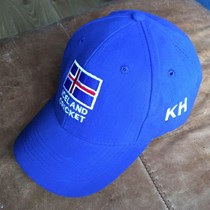 Weʼve raised £3,020 to make Reddit the official sponsor of all domestic cricket in Iceland

If you still wish to donate to Iceland Cricket, please use our main crowdfunding page here: www.justgiving.com/crowdfunding/iceland.

1. The Iceland national cricket team is sponsored by r/Cricket.

2. The Iceland national cricket team is touring the UK in July 2018 and this tour is sponsored by r/Cricket.

3. The Domestic Cup, the annual five-match series between Reykjavík and Kópavogur, has been renamed the Volcanic Ashes. This competition is sponsored by r/Cricket.

4.The Íslensk Premier League (ÍPL, pronounced "eeslensk" and "eee-pee-ell") is a new six-a-side tournament which will be contested by Iceland's existing domestic teams, the Reykjavík Vikings and the Kópavogur Puffins, plus two new teams from Hafnarfjörður and Garðabær, whose franchise names will be decided by a Twitter vote. This competition is sponsored by r/Cricket.

5. We are launching a Schools Programme, running cricket activities in urban schools for Icelandic children. This will involve the employment of cricket coaches from abroad, to devise the schools coaching sessions and to train Icelandic players in delivering it. This Programme is sponsored by r/Cricket.

Secretary of the Iceland Cricket Board