Weʼre raising £20,000 to provide support for ICU staff that will have a positive impact on their Wellbeing and Mental health after an extraordinarily impactful year.

This is our second song. Enjoy.

While the country has had varying degrees of lockdown to contend with – the relentless pace of caring for the most seriously affected has not changed hugely for ICU staff and now they face going in to winter – traditionally hugely challenging in a normal year – with a second wave hitting hard. 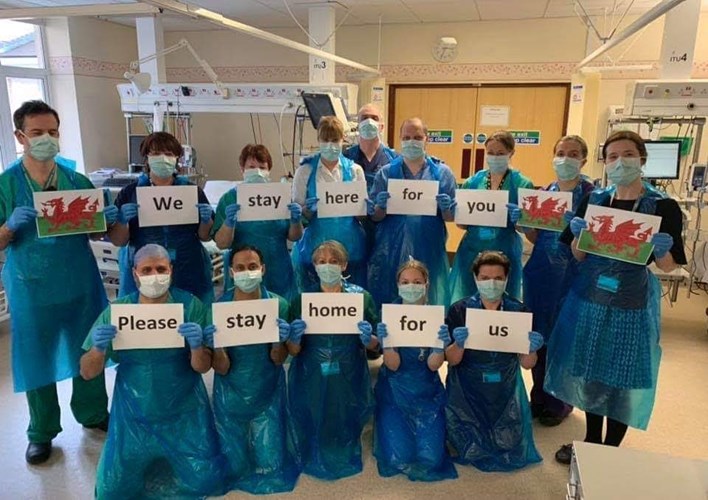 Working on the basis that music and singing are immensely relaxing for the mind, Choir Director Kari Olsen Porthouse contacted Dean of the Faculty of Intensive Care Medicine, Dr Alison Pittard and offered to run a pop up choir – with 4 singing sessions and a remote recording of one of the songs.

Singing is immensely powerful for helping establish and maintain good mental health – but something really special happens when we sing together and the effect is even more powerful. There is a sense of belonging, and a sense of a team working to deliver something beautiful. That perfectly captures the strength and teamwork of ICU staff this year and the chance to give them something back and recognise their phenomenal efforts is a privilege”

Known as the ICU Liberty Singers, the choir began life as an attempt to bring some fun and respite to ICU workers after the toughest year in history. Choir members include ICU staff such as nurses, doctors and allied health professionals who have been working on the frontline of healthcare. 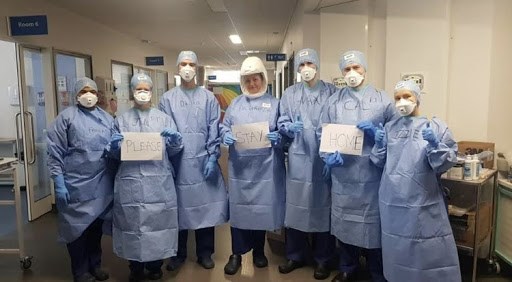 Jackie Shears, from NHS Digital, and a member of one of Kari’s other choirs, heard about the choir and promptly penned a carefully re-worded version of the Police hit ‘Every Breath You Take’ to express the extraordinary contribution of ICU workers across the country this year – and to encourage the public to continue taking recommended precautions to help prevent more demand on ICU’s

I really wanted to recognise that while we are all frustrated by the restrictions, ICU staff have had minimal respite since March, have continued to provide high levels of care and professionalism, identifying treatments and working out how best to care for incredibly unwell people. The second wave comes at the end of an unprecedented year, without let up – so the song includes a plea on their behalf not to let levels rise further and create any more demand than is necessary

The 100 strong choir includes ICU staff from every region and ‘met’ for the first time, on Zoom, on November 25th, and had an hour of hilarity, singing a range of songs. They were able to ‘let go’ of the enormous pressure they have faced all year, for a short hour and come together instead in a spirit of fun and relaxation, as evidenced by this tweet after the first rehearsal.

After a tiring few days finding my feet in a new hospital it was such amazing fun to spend an hour this evening singing virtually with over 90 ICU staff. I havent laughed so hard in a long time, Perfect stress relief. Just what I needed.

Since then, legal permission was granted by SONY ATV, which owns the rights to Every Breath You Take (I’ll Be Watching You) and the opportunity to release the song took shape. The Choir had a second group rehearsal and then used videos of Kari conducting each part so they could practise in private, between rehearsals – and sometimes even during their breaks on shift! 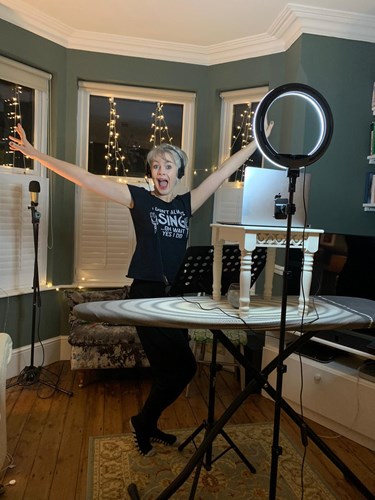 The track comprises 223 individual vocal recordings sung by the choir members, recorded in their own homes and then blended to create a ‘virtual choir’. it is released on 18th December and all money raised will go to create a fund, managed through the Faculty of Intensive Care Medicine, to provide support for staff that they feel will have a positive impact on their Wellbeing and Mental Health after an extraordinarily impactful year.

Rich Williams of Ringstead Studios kindly spent hours of his own time playing, recording and mastering all the instrumentation on the backing track to create something that perfectly matched the vocal arrangement by Kari Olsen-Porthouse. 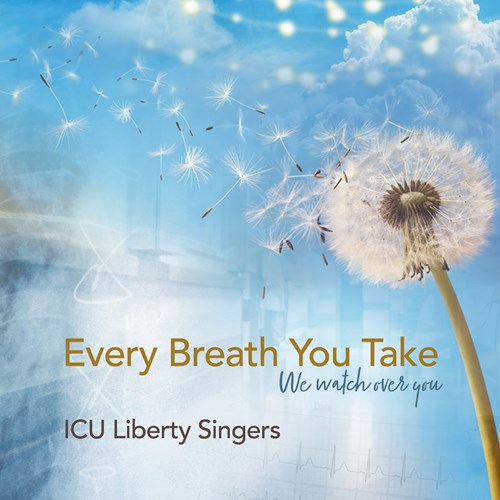 Find out the impact this has had on ICU staff

Click the link to read some of #iculibertysingers stories https://libertysinger.com/icu-liberty-singers/icu-singer-stories/