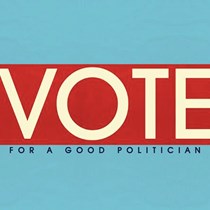 Weʼve raised £29,879 to help Rachel and her son in Grimsby (and the food bank!) have a better Christmas

UPDATE: We reached the original target of £2k in an hour. Because we have more compassion than the government. So I have raised the target to £25,000 to share among Rachel and her son, the others in the film, and those at the food bank. But also some will go to the Joseph Rowntree Foundation. I won‘t keep raising it indefinitely, but people’s generosity is so heartening to see that it would be lovely to help a few others while we are here. Contact details have been secured. Will keep you all updated.

I've never done anything like this before, because crowd-funders can often be complex endeavours with varying and sometimes unintended outcomes, despite good intentions. But watching this woman, Rachel, talk to BBC News about how she has just 14 pence to her name and is only staying alive for her son, devastated me. I'm sure it devastated everyone who saw the clip.

I've set what I think is a low target considering how many people I believe have seen the report. The target money will go to Rachel. Depending on how much is raised, I will ask those who facilitated the BBC News / Ed Thomas report to share it out between the individuals featured in the film and the Rock Foundation food bank (also featured) and anybody else they deem suitable. If the cash raised is even greater, the rest will go to the Joseph Rowntree Foundation. If any experts or charities want to get in touch with advice or suggestions, please do.

Nobody should be living — barely living — like this. Deaths from malnutrition in England and Wales are at the highest they have been in a decade. A UCL report found in 2016 that "an estimated 9,000 people died last winter in England and Wales as a result of living in a cold home". Suicide rates in Britain are the higher than in the past 17 years .

It's a moral disgrace.

You can watch the footage of Rachel and her son here.

Just a girl, standing in front of a nation, asking them to give Rachel some cash.