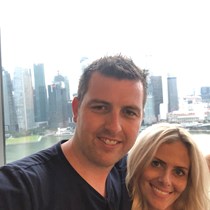 Help us to get Imogen walking again

At almost three years old Imogen was just like any other little girl of her age smiley, happy and loving. In late October 2018 during the Autumn half term whilst on a small break in Belgium, Imogen became seriously ill. She was rushed to the local hospital, where the doctors believed she had suffered an Asthma attack, something she had never suffered before. She spent three days in hospital where she was monitored and was then discharged and permitted to travel back to the UK.

Two days later panic struck after Imogen had fallen out of bed and was immobile on the floor. Imogen had lost feeling and the use of her legs and was in chronic pain. She was taken straight to the doctors who weren't clear on the diagnosis but thought it was a strain of a virus and prescribed a course of antibiotics. One week later with no improvements her parents took her back but it was advised that these symptoms had been seen in children before and could last for upto two weeks.

Parental instinct then kicked in and with no change she was taken to hospital. They arranged a return appointment one week later and in this time Imogen made no improvements at all. At the follow up appointment Imogen was admitted into Kettering General hospital. Since suffering with this for three weeks the doctors began further tests. They were bemused by her symptoms but after liaising with the specialists at the John Radcliffe hospital in Oxford it was advised that an MRI scan was required. An MRI scan for someone so young involves the patient being put out under a general anaesthetic. The results from the scan revealed initial findings of a build-up of fluid around her spinal cord. For the next five days Imogen was subjected to an extremely high dosage of steroids with the aim of reducing the fluid around her spine and bring back feeling and movement in her legs. Unfortunately, still in excruciating pain the steroids did not take work and it was at this point Imogen was transferred to The John Radcliffe hospital in Oxford..

A specialist spinal doctor was deployed, and further investigations were carried out which revealed her diagnosis of Transverse Myelitis. Transverse myelitis is an inflammation of both sides of one section of the spinal cord. This neurological disorder often damages the insulating material covering nerve cell fibres (myelin) and interrupts the messages that the spinal cord nerves send throughout the body. After numerous meetings with the doctor and specialists her parents received heart-breaking news that there was a very high percentage chance that she would never walk again. 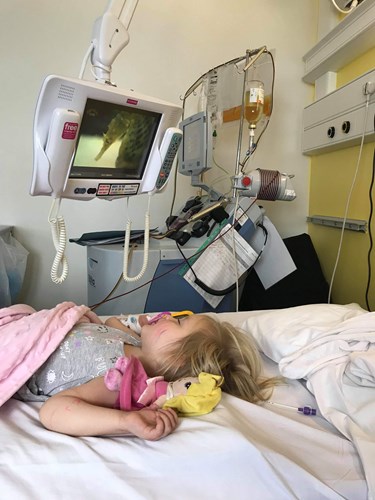 Further treatments were carried out to eliminate the virus from her little body and to hopefully help her to get better, the treatments weren’t routine, and for a little girl of her age really quite terrifying to have them administered on her. The first treatment was called a “Plasma Exchange”, this procedure consists of a cannula (large needle & tube) being put into your artery via a small operation and over a number of days the blood is drawn out of your body, the plasma in your blood is then cleansed of any impurities, clean plasma is added and put back through your body, this basically helps to remove the bad bodies in your blood. This treatment was a crucial part of relieving her pain. 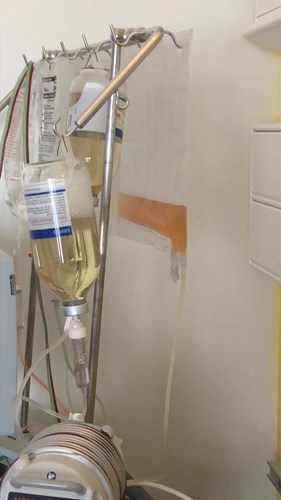 This treatment reduced the pain but after a few weeks doctors were looking into a rarer treatment called Intravenous immunoglobulin (IVIG) which isn't used on children very often but there was hope that this could improve her condition further. The treatment had to go in front of a panel of specialist doctors and the board to see if Imogen was eligible and if there was sufficient funding. The treatment was administered over an eight hour period via a drip. This treatment had an immediate effect on Imogen and within a day improvements were visible. Imogen gained a small amount of movement in her right foot which gave hope and even surprised the medical professionals.

In the weeks to follow Imogen began her physiotherapy sessions which were key in building up her core muscles which would eventually give her enough strength to move herself around on her bottom using her arms. In a fun environment, Imogen and her physio Karen created a trusting relationship which enabled Imogen to push herself to her full potential. 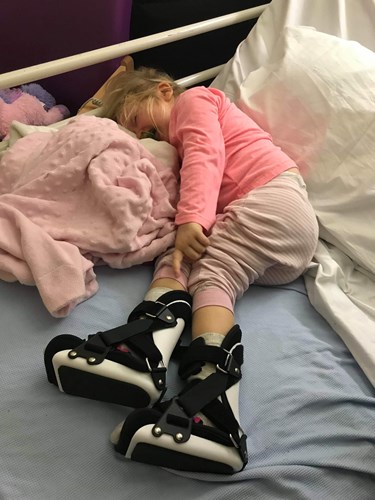 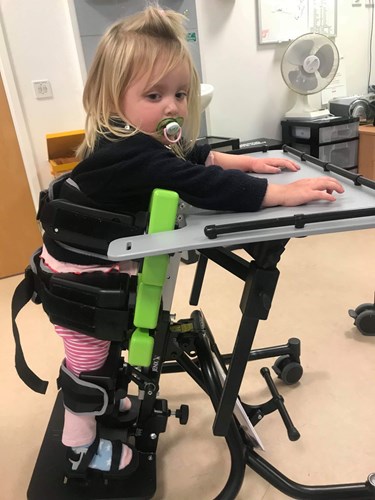 After five gruelling weeks in The John Radcliffe, Imogen was finally discharged two days before her third birthday and just in time to celebrate Christmas in the comfort of her own home.

But sadly this wasn’t the end, Imogen’s recovery process was only just beginning. With a referral to Stoke Mandeville hospital she commenced a six week block of intensive physiotherapy. This meant that both her and her mummy Holly would stay at the hospital Monday – Friday leaving her daddy and brother at home. With specialist equipment and help from the professionals she began to improve her movement and by the end of her program was able to crawl. 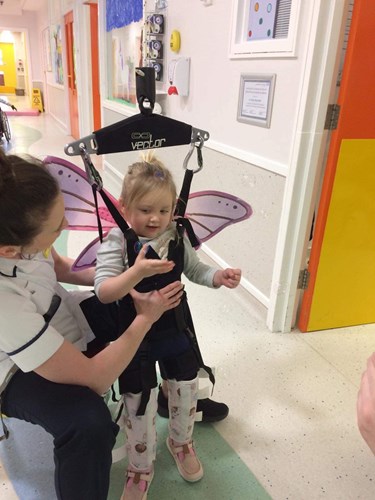 Now we have hit a hurdle and begin to struggle, we can see huge potential for Imogen to walk again and the doctors have also expressed faith in her but unfortunately the funding isn't available. Going from such an intense physiotherapy plan down to just one hour a week provided by the NHS is massively delaying her progression.To give her every chance of walking again the next level of recovery is to send her to Neurokinex which is a specialised neurological rehabilitation centre. After an initial assessment the centre are very confident that they can help her. This treatment comes at a cost of £10,000 for a four week program with an assessment at the end to review her condition, and possibly further treatment there after. This does not factor in the costs of associated travel and accommodation due to the facility being over 100 miles away.

Walking is something we all take for granted and you never think of the devastating effects it would have if it was taken away from you. The news of Imogen’s story soon began to spread and after many conversations with family, friends and work colleagues about similar cases and the revelation of the Neurokinex centre we felt we had to help to fundraise. Me and some of my colleagues from Aston Martin Works decided we would set ourself a challenge to walk 100k in two days. The journey starts out at the Newport Pagnell site down to the heritage showroom in Dover Street London. We did begin to question whether a group of fairly unfit males could complete this but knowing the pain and suffering that Imogen is in we realise that this is nothing compared to what this little three year old faces.

My name is Steve, I'm Imogen's uncle and I'm hoping with some hard graft from us and some generosity from yourselves we can get Imogen back up walking!! Check at the bottom of Immy's story for the challenge my colleagues and I will be taking on. "The Longest Walk"