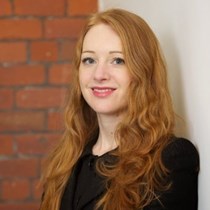 We tragically lost two of our colleagues, Jon Collins and Neil Moon, associates in our Ecolab Pest Elimination division in the U.K. in an industrial accident. We have been asked by colleagues, customers and friends how they can contribute to show their support of Jon and Neil's families, so we have set up this page.

On behalf of the entire Ecolab organisation, our thoughts are with their families, friends and colleagues. While Ecolab is doing all it can to help the two families during this very difficult time, we also know that many Ecolab colleagues, customers and others in the wider Ecolab family have expressed a wish to show their support for Jon and Neil's families.

Neil had five years’ service with Ecolab and was one of the most experienced members of his district team.

Jon, who had been with Ecolab for nine months, had recently been promoted and his partner, Sara has spoken about how he “absolutely loved his job”.

We have heard from both customers and colleagues how highly respected they were and how much they will be missed.

Donations will be shared equally between the families of Jon and Neil. Thank you for your support.