Health and medical
Funded on Thursday, 17th May 2018

The first Inspired4Life event was based around me completing a 52 Hour Punch Bag Marathon (effectively just me hitting a punch bag continuously for a new Guinness World Record of 52 Hours), while hundreds of school children broke their own mass-participation Guinness World Records such as “The Most People Wearing Paper Crowns” and took part in a number of Sports Taster Sessions led by professional coaches and athletes from different sports including; Football, Rugby, Netball, Hockey, Athletics, Handball, Dance & Martial Arts.

They also helped to raise thousands of pounds with a “Sponsored Laps Challenge”, their own mass participation World Record attempts, a Sponsored Fun Run, a Girls Football Tournament and University Student Sporting Marathon.

The kids also got to take part in Q&A sessions, collect autographs and were then surprised with free tickets to watch Women’s Super League Matches, courtesy of Arsenal Ladies.

Meanwhile I’m currently in training for my next challenge – The Guinness World Record for the Most Consecutive Full Contact Martial Arts Fights, which will consist of me competing in 150 consecutive rounds against black belt standard martial artists, and will take me around 7 hours to complete, and have another two Guinness World Record Attempts planned for next year.

A big part of what I’m trying to do is introduce the kids to as many positive female role models as possible, not only to inspire the girls, but also to make sure the boys grow up with a healthy respect and admiration for women, and look up to them as role models as well. That’s one of the reasons it was so brilliant to see the boys interacting with Maggie, Fran, Mikki and Katie (who were all absolutely fantastic with the kids and really engaging) at our last event, and it was obvious how much they enjoyed meeting them, and by the end of it were all huge fans and the respect and admiration was clear to see, made even more evident by the amazingly positive feedback from the schools:

“I just wanted to say a huge thank you for giving us the opportunity to participate in such a fantastic day. The children, staff and parent helpers have all come home absolutely buzzing. The children were all smiles and bursting with excitement when they got off the coach. The coaches and activities were brilliant – even our youngest children got so much out of the day. It was so inspiring for the children to meet Fran, Mikki & Katie and hear about their experiences and a number of parents said that their girls were playing football as soon as they got home, as well as showing off all the other sports, and we’re delighted to have a lot of new potential sport stars in our ranks.” Caroline Moore, Head Teacher

“It was really fun with so many different activities to try, I was exhausted by the end of the day! I can’t believe I got to play football with Fran Kirby – I want to be just like her!”

“It was awesome with lots of cool activities and really friendly activity leaders who made everything so fun!”

“The day gave me confidence to try new sports. I really liked the parkour - it was something different that I hadn't done before and now I really want to try it again.”

“I loved everything - there were so many new skills involved and it has made me want to start playing sports.”

“It was great meeting and working with professionals - they taught us so much and I think that my skills have improved, I can’t wait to do it again!”

I don’t want Inspired4Life to just be about sport, or even about fighting cancer, but rather about inspiring kids to make a difference to whatever they care about and not putting limits on their ambitions. When I go into schools and speak to the children, I tell each and every one of them that they are brilliant and all capable of doing incredible things as long as they believe in themselves, and work really hard for things they are passionate about. That is why we also do the mass participation Guinness World Records with them, so every one of them can go home and tell their family and friends they are a World Record Holder.

Given a history of cancer among friends and family I’ve always done what I can to help fight the disease, organising a number of sporting fundraising events while at school and university and running several marathons. However following the tragic passing of my girlfriend Hannah and a family bereavement, I started to take on bigger projects and have raised over £100,000 by completing a 14 day, 350 mile run from Paris to London (including the Paris & London Marathons at each end), climbing 2 mountains in 2 continents in just 3 weeks and becoming the first person to complete the “25 Peak Challenge” in under 24 hours with a world record breaking time of 22 hours 45 minutes.

Furthermore, I have maintained a pledge to cover all expenses – from flights and accommodation to printing and photocopying – so every single penny people have donated has gone directly to fighting cancer.

For more details, or videos with supporters Mr T, The Saturdays & Pixie Lott, please feel free to visit the website I set up: www.paris2london.com

I love working with kids and I was very close to becoming a teacher before I instead opted for accounting, but I still try and do as much as I can, and as well as coaching kids for a number of years (I coached my little brother’s team from U7 through to U16, set up and coached the two girls teams mentioned above, taught junior martial arts classes and developed a fun-fitness program based around games in parks on weekends), I also wrote and delivered a health-week program for primary-schools, act as a mentor and am involved in a number of other school projects.

Completing the 25 Peak Challenge had been the idea of my best friend Sam, who as a cancer survivor was also one of my inspirations, and she was looking into other World Records for me to break when unfortunately her cancer returned much more aggressively. We put the challenges on hold while I supported her during further treatment, but after she lost her brave fight against the disease, I decided to step things up again and combine my efforts for Women’s Sport, Fighting Cancer & Inspiring Kids into one project called Inspired4Life.

Thank you very much for your time and if you have any questions or would like further details please do get in touch. 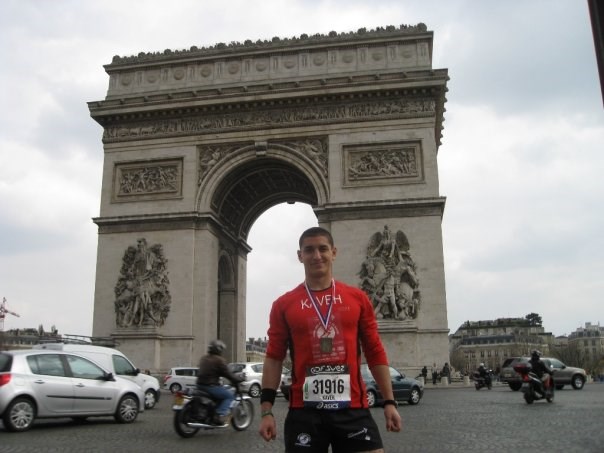