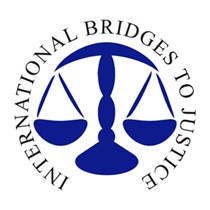 International Bridges to Justice . is crowdfunding

Weʼre raising £1,440 to free Chanlina. Her only crime is being poor.

13 year-old Chanlina continues to sleep on little more than a plastic bag spread out on the concrete floor of her crowded cell with 87 other prisoners in a Cambodian pre trial-detention center for more that 8 months.

Playing in a field with friends, Chanlina was approached by a police officer. He proceeded to forcefully place a small bag of white powder in her hand before promptly arresting her, explains Chanlina. After she was taken to a police station where Chanlina was slapped and threatened until she signed a statement purporting drug possession.

The national pre-trial detainee rate in Cambodia is 69%, or 2 in 3 people of the total prison population. These detainees, be they accused or merely suspected of having committed a crime, languish in overcrowded, unsanitary and dangerous prisons, often for years at a time.

Without being able to afford legal representation, many have no way to defend for themselves.

IBJ lawyers in Cambodia are working to take Chanlina’s case on a pro bono basis but a small amount of cash is required to cover the daily expenses of a lawyer.

Her current situation means that Chanlina is not being afforded her basic human rights simply because her adopted mother cannot afford to pay for legal representation.

Without a lawyer Chanlina will stay in pre-trial detention for years to come.

Please consider making a small donation of £10, £30, £50 or whatever you can to help free Chanlina.

Even if you are not able to donate, please share the link with people.

Read about what we do here: http://www.ibj.org.