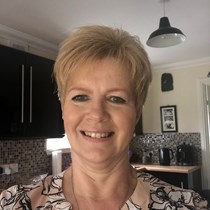 Myself, Caroline Brady and Morag MacKenzie are taking part in the Bank of Scotland 10k on 29th September 2019 in Glasgow. We are doing this in memory of a loved family member and friend and donating funds to Martyn‘s Monday Club in Oban - a fantastic Club set up after the death of Martyn to help raise awareness of mental health. See his story below:-

Martyn was a 37 year old from Oban.

He was a son, father and brother, also a good friend to many.

He worked hard and played hard.

Martyn always stood up for the underdog, his biggest dislike was bullying in any shape or form and always helped anyone in difficulty from bullies.

Martyn had his own troubles which he did not really speak about, he was too busy helping others, and it was these troubles which were to cost him his life.

Martyn left home one Monday morning May 2018 and went for a drive and never came home.

This is the sad story of why we do what we do.

If we can get one person to speak to prevent this happening again it will be worth it.

It is good to talk so please do and its okay to be not okay.