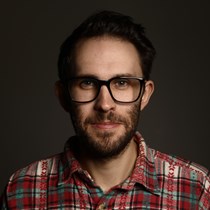 Your House
Social welfare
Funded on Friday, 22nd May 2020

VOTING IS NOW CLOSED. But you can still watch the show and make individual donations to our chosen charities via their websites.

The Eurovision Song Contest is a celebration of song and solidarity and this year's festivities will be dearly missed.

The cancellation of this year's Eurovision left a continentally huge cultural gap but we think we found a great plug for that gap: the very first Isolation Song Contest.

I asked fourteen friends from the world of entertainment - including comedy, music and drag - to help me recreate the magic of the Eurovision Song Contest from the safety of their own homes.

After being randomly assigned a country, each act had just one week to compose an original Eurovision-style entry and music video for that nation.

Everyone involved in the project has given their time and skills for free to help raise as much money as possible for The Trussell Trust, Crisis and Refuge. Three charities which do amazing work supporting vulnerable people and who need our help now more than ever.

The Trussell Trust - The Trussell Trust partners with local communities to help stop UK hunger. Their network of over 420 foodbanks operate out of more than 1,200 centres across the UK and provide a minimum of three days’ emergency food and support to people experiencing crisis.

Refuge - Since 1971, Refuge has led the campaign against domestic violence. They have grown to become the country’s largest single provider of specialist domestic and gender-based violence services. They support over 6,000 women and children on any given day.

Tom Taylor is a professional stand-up comedian. He won the Audience Favourite award at the 2017 Musical Comedy Awards and was an English Comedian of the Year finalist in 2018.