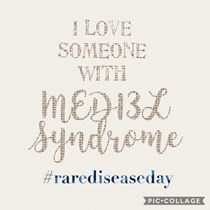 Weʼve raised £130 to raise funds and awareness whilst doing a 10k family run around Norwich in August 2018, for MED13L genetic syndrome

Hi everyone, I am doing a 10k run with my brother and sister on 5/8/18 around Norwich. I am a uk correspondent of MED13L association trying to raise funds to go to this great cause. This is not a easy task as we do not normally run, so time to get some training in!

MED13L Syndrome is a rare genetic disorder that causes Learning disability, speech problems, behavioural problems, hypotonia, Autistic traits, heart problems AND a lot more. Everyone with this diagnosis has similar symptoms, but a different range of learning ability, and most have profound speech delay.

The MED13L Syndrome association was founded in march 2018 at the initiative of three families from Paris and Nantes, France who decided together to make known this recently discovered syndrome, to gather famlies around the world and to support researchers working on this genetic anomaly. I am a member of this association and my role is to be a uk correspondent, work with uk families, raise awareness and more. This is a very new association and need lots of funds to pay for researchers to work on MED13L project, as it is a newly discovered syndrome. There is another MED13L family in USA trying to get a foundation up and running. They have/ and still are doing a lot of fundraising to help make this happen. This is so important as it helps the MED13L community to connect, gather information, and not feel alone. It’s not easy having a child diagnosed with a syndrome, specifically the challenges of a rare syndrome.

WHY THIS MEANS A LOT TO ME 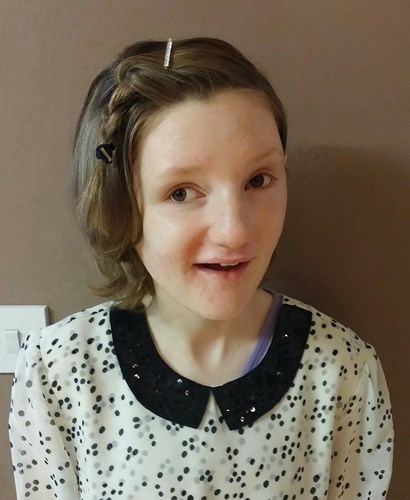 This is my Daughter Chantelle. She was born on 8/2/02. Every scan i was told something wasn’t right, ( every 2 weeks from 6 months ) but they didn’t know what. She was born on due date weighing 6.6 and no one expressed any concerns. At 4 months old she ended up in hospital with a abcess on her groin and armpit which needed draining. They said they had never seen this in a baby so young, and expressed concerns about her being blind ( as her eyes would flicker everywhere ) . I didn’t agree, i knew she could see. She later got diagnosed with Nystagmus and poor visual attention stemming from her brain. The hospital visits didn’t stop there, with her making very slow progress sitting/ crawling/ walking she got reffered to a peadiatrician at age 1. After xrays they discovered she had congenital bilateral dislocations of both hips. She had to have her legs in traction for weeks, than 2 sepaerate surgery’s months apart and put in plastercast. 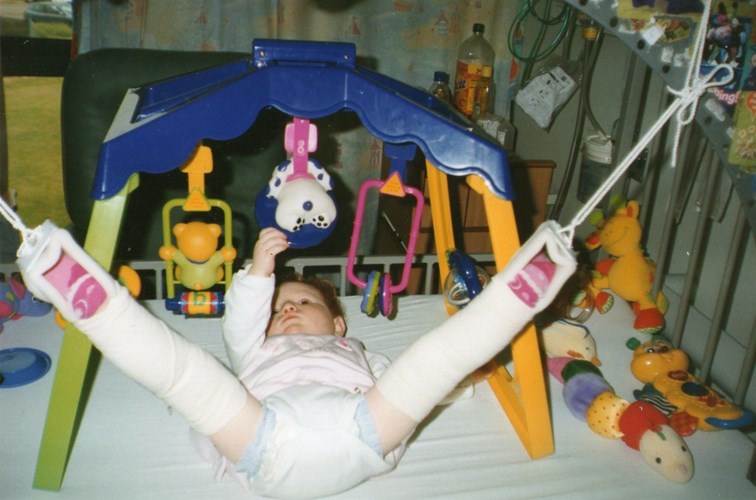 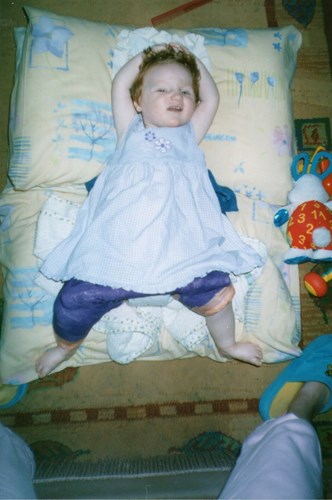 Over the years she went on to be diagnosed with a severe learning difficulty, severe speech delay, Autistic traits, behavioural problems, sensory processing disorder , scoliosis, and deaf in one ear. Despite all this she has a wicked sense of humour!

Chantelle had micro-array testing to find out what was causing all her difficulties as they were 100% sure it was a genetic syndrome, but the test results came back normal! They than said they still believe its a genetic syndrome, but something that is so rare it isn’t showing in the standard tests. When Chantelle was 12 she got put into a Study called Deciphering Developmental Disorders who were using exome sequencing hoping to find the cause of individuals with certain symptoms that havn’t managed to get a diagnosis through micro-array. After 3 years at age 15, we recieved the diagnosis of MED13L! Not everyone is as lucky as us, to get this type of testing, which means there are lots of children / adults that have MED13L but do not know. This is why it is so important to spread awareness and fundraise.

Thank you for reading, and we are very grateful if you are kind enough to donate. Every penny raised will go to the non profit MED13L Syndrome association.