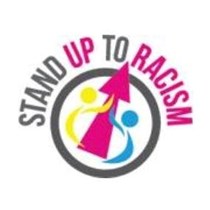 Sheffield Stand Up To Racism

Weʼve raised £1,022 to to buy supplies for the refugees living in squalid conditions in the Calais camp and to fund the #J18 Convoy to Calais.

Now more than ever we need a huge response to the refugee crisis to counter the racist rhetoric across Europe trying demonise and disenfranchise victims of war, oppression and poverty.

Now is the time to increase solidarity with refugees: Convoy to Calais – Saturday 18 June 2016.

Hundreds more refugees have drowned in the Mediterranean, the British government are refusing to even take parent-less children from Calais, and Syrian refugees are being forced back into the jaws of the war they have fled.

The Convoy to Calais on 18 June will be a huge national demonstration of solidarity with refugees from the people of this country. The major unions are in. The biggest social movements are in. The Muslim community is in. Are you?

We need people to come on the Convoy from Sheffield and to donate money to buy goods required by the refugees in the Calais camp.

This is practical aid but it is also a huge moving protest at the way governments across the continent are failing refugees. This is the time to come together and say: stop the scapegoating, solidarity with the refugees.

Here’s what you can do:

Donate: Please be generous and donate through this site as much as you can. Weʼre raising money to buy supplies for the refugees living in squalid conditions in the Calais camp and to fund the convoy.

Come on the Convoy: We need every last lorry, van, bus, car, motorbike or scooter that can come to be with us. Let us know you’re coming by registering at sheffieldsutr@gmail.com and do make a donation to help with the costs.

Sheffield Stand Up To Racism

Governments and the media are using migrants, refugees and Muslims as scapegoats for an economic crisis and wars that they did not create. Together we show unity in the face of racism. We cannot let racism divide us.