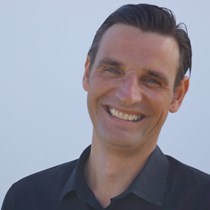 For the last two years Ian Simpson and his family have fought to see their orphaned grand children brought back to the UK from China.

In 2017 their dad, Michael, was brutally attacked by his ex-wife of over 2 years - Weiwei Fu. This savage attack left Michael dead and Jack and Alice the victim of a gut-wrenching ordeal.

The last few days have seen Ian able to secure the return of Alice. Jack, however still remains in China and so the fight continues. Folks have been extraordinarily generous in helping to support the family. This is a small, bitter sweet victory for the family. They now need support, more than ever.

The children in the picture, (Jack(6) and Alice(5)) are the children of Michael Simpson, (also pictured). They are also the grandchildren of my neighbour, Ian.

On that terrible day, Michael was at home when his ex-wife, Weiwei, called at Michael's apartment with two friends. Whilst the children slept an argument ensued and Weiwei produced a knife and set upon Michael.

Weiwei’s friends managed to stop this frenzied attack and pull Weiwei off. But the damage had been done. Michael had been killed.

For the children the worst was yet to come ..

In the wake of the earth-shattering attack, Weiwei’s brother kidnapped the children and sped them 500 miles away from any reminisce of their past life.

Over the last year Ian, the children's grandfather has spent every waking hour fighting to bring the children back to the UK and their family.

The murderer of the kids father, (Weiwei) wishes to see Jack and Alice live with Ian and his wife. Weiwei's parents and brother, however, refuse to give up the children. Almost holding them to ransom until Ian pays a £64k release fee.

The children have been denied access to proper health care, access to their grandparents and the truth of what happened to their mother and father.

Ian has been working through the Chinese courts, a lengthy, expensive, complex and frustrating process, especially for a foreign national.

How can you help?

Ian is almost there. He has hearing dates, a sound custody case and the law on his side. But funds are at an all time low. So... if you can ... please ...

1. Donate as much as you can