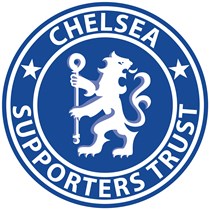 Weʼve raised £5,742 to recognise former Chelsea FC player, Jack Whitley, with a memorial on his grave in Brompton Cemetery

The aim of this crowdfunding project is to raise enough money to erect a memorial marking the final resting place of one of Chelsea Football Club’s most loyal servants, Jack Whitley. He is the only Chelsea footballer we know to have been buried in the cemetery next door to Stamford Bridge.

In summer 2015 a chance rereading of the Albert Sewell book ‘Chelsea Champions!’ led official Chelsea historian Rick Glanvill to discover that Whitley had specifically requested to be buried at Brompton Cemetery and, with the help of the Friends of Brompton Cemetery, Jack’s grave was ‘unearthed’.

Sadly, at the moment it is a common grave with no stone to acknowledge Jack’s presence and his long association with the club just across the railway line.

As he is the only occupant of the grave, we aim to obtain the relevant permissions and place a ledger (or flat slab) with a suitable inscription on, repaying the commitment Jack showed to Stamford Bridge and Chelsea Football Club.

To do this we need to raise around £5,500, and that is where the great Chelsea family comes in.

As well as chipping in what you can afford yourself, please help make every Chelsea supporter you know aware of the crowdfunding exercise.

We propose an inscription along the following lines:

"In affectionate memory of

Loyal servant of Chelsea FC for 32 years
Goalkeeper and first team trainer
Who asked to be buried
next to his beloved Stamford Bridge.

Thank you very much,

Building on the Brompton Cemetery Chelsea Graves project, the Chelsea Supporters Trust is mandated to work with the club and club historian Rick Glanvill to identify appropriate projects to reflect and enhance the club’s heritage. The Jack Whitley memorial is such a project.