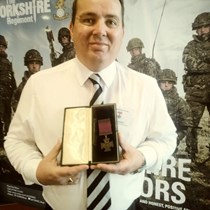 Weʼve raised £230 to Go towards erecting a statue of John 'Jack' Harrison VC MC in his hometown of Hull, there will be more fundraising like this in future! 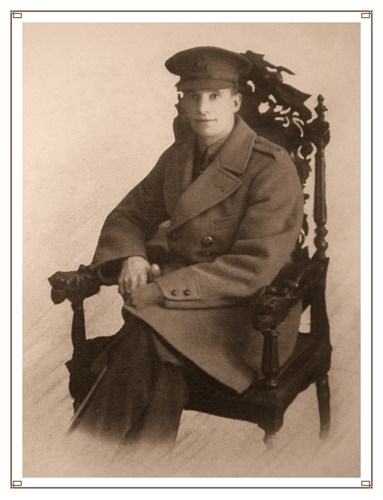 Jack Harrison was a true hero in many facets of life. Born to a very humble background, he took exceptional to a new level.

He was a rugby league hero, scoring a decisive try in the 1914 Challenge Cup Final, the first occasion that Hull FC won the most prestigious prize in rugby league, then went on to set the Hull FC club record of scoring 52 tries in a single season in 1914/15, a record that still stands now.

Despite his reserved occupation as a teacher, Jack then volunteered in 1915 to sign up to fight in World War 1, he arrived on the frontline of the Battle of the Somme on 16th September 1916, and on 25th February 1917 he undertook an action, leading a patrol into No Man's Land under heavy fire, caught a German prisoner, and got every one of his men safely back to British lines, and was consequently awarded the Military Cross.

Then on 3rd May 1917 Jack's East Yorkshire Regiment 11th (Tradesmen) Battalion were ordered into battle at Oppy Wood, Arras, Northern France, seeing his men being slaughtered by a particular machine-gun, Jack took it upon himself to run into No Man's Land, with the soul intention of knocking out the German gun, so his men could get to safety, armed with only two grenades and a pistol, Jack was seen to leap over the gun, taking out the crew as he did so, but tragically lost his life in the action, he was posthumously awarded the Victoria Cross, the highest honour that can be bestowed on a member of the British Military.

For his actions in the classroom, on the rugby pitch, and in the battlefield there are many of us who believe that Jack needs to be remembered in Hull City Centre, with a statue, and we're asking you to help.

We know it's a lot of money that we need to raise, but we believe Jack is absolutely beyond worthy of this honour, we hope you agree.

We are campaigning, not only to have a statue of this extraordinary man, but also to educate everybody, including the good people of Hull, about his astonishing story and show the legacy of his actions in many walks of life