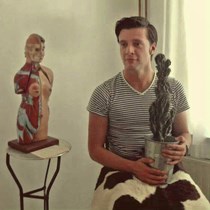 Weʼve raised £260 to fund aspiring performers from the region to pursue a career in the industry with the help of The Jackie Fielding Trust.

This page has been created for those who would like to make contributions to The Jackie Fielding Trust. This may be because they are unable to attend fundraising events in person (such as the Forgotten Broadway concert on September 3rd 2017) or simply as an act of goodwill.

The Jackie Fielding Trust was launched in 2016 in memory of the much-loved director, to help young people pursue a career in the performing arts.

In its first year, the trust awarded a total of £2,000 towards training fees to those who otherwise may have missed out due to financial constraints.

To contribute to this year's fund, on September 3rd 2017, Forgotten Broadway is being put together by Gareth Hunter, artistic director of Ion Productions, who was a close friend of Jackie:

Jackie Fielding was an accomplished actress and critically-acclaimed director whose contribution to theatre, particularly here in the north east, was remarkable. She was also renowned for her unwavering support, advocacy and development of emerging artists in the north east, many of whom have carved strong careers in their chosen genres.”

Jackie, who lived in South Shields but was originally from Barrow-in-Furness in Cumbria, died in May 2015, after suffering a brain aneurysm while working on her production The Man and the Donkey, at The Customs House.

The money collected via donations at the 47-year-old’s funeral and a memorial event was earmarked to help young performers further their careers.

Jackie studied drama at Manchester University before attending the Webber Douglas Academy of Dramatic Art in London, with the help of state funding, without which her family, like many today, would not have been able to support."

It is for this reason that Jackie’s friends and family insisted all donations be used to support emerging performers pursue training in their chosen field.”

Proud trustee of The Jackie Fielding Trust, alongside fellow trustees Gareth Hunter, Viktoria Kay, and Wayne Miller. I am an actor and director from Gateshead, Tyne and Wear, who was fortunate enough to have called Jackie a dear friend and colleague for many, many years.