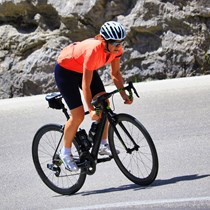 Well! This is going to be the biggest and most defintly my most challenging event ever! I will be cycling 1000 miles from Lands End to John O'Groats, averaging 75 miles a day for 13 days with my cycling buddy Debbie Sampson-Scott who thought this is the best way to celebrate her 60th Birthday!!!!!!

My love for cycling started when I took part in a charity ride from Colchester to Brussels.This was in aid of St Helena Hospice. I have completed a few charity rides since but nothing this challenging.

I begin this ride on the 1st August from Lands- ends and finish (🤞) on 13th August in John O’Groats.

I have self funded this epic event but would like to take this oppertunity to raise some money for two charities.

firstly, St. Helena’s Hopice in Colchester who supported my father 💙 during end of life and have always been close to my heart as this amazing charity help local people face incurable illness and bereavement.

The second charirty is for The Cystic Fibrosis Trust In memory of my collueagues son/friends Alan, from Chelmsford, was was diagnosed with cystic fibrosis at just five-months-old and told he would most likely die during childhood. The condition affected his lungs and digestive system and he was given a maximum life expectancy of 21. But he kept fighting, with his determination to live meaning he made it to almost twice the age he was predicted to reach as a child. 💜

Thank you so much for taking the time to visit my JustGiving page.

Donating through JustGiving is simple, fast and totally secure. this page will close on 31 August 2021 and the funds raised will be split between both charities..