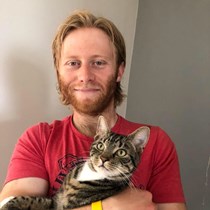 From May 10th to May 13th a group of determined cyclists will set off from Turf Moor on a 285 mile cycle ride over three days to the final away game of the season at the Vitality Stadium, Bournemouth. They will be attempting to do this in three cycling days, with night stops in Stafford and Cirencester.

All funds raised will go directly to the Barry Kilby Prostate Cancer appeal. Former Chairman and Current Burnley FC Vice-Chairman Barry Kilby set up this fund following his own battle with Prostate Cancer. He has funded Prostate Cancer testing days at a number of North West Football Clubs, with amazing results. Some men who had displayed no symptons of illness were found to have Prostate Cancer and given the relavent treatment.

Barry firmly believes that using football stadia for this purpose takes the stigma away from this test and encourages groups of men to come down to be tested. It is certainly working so far.