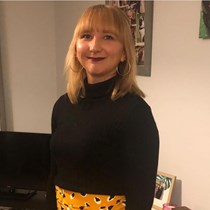 As a group, we are working with James (Jim) Turner to fundraise £1500 for the renovation and restoration of former Swindon Town captain James Munro's gravestone.

Munro was Swindon’s first paid captain and joined the squad back in in 1895 as centre-half. He was given the captaincy after the club turned professional.

Jim Turner said: “James would be remembered by those Swindon supporters interested in the history of the club and the players of the club more than the passing of information to other supporters over the generations.

“Every generation has its own heroes mainly those who score the goals as their statistics say a thousands words."

The full story can be found here: https://www.thecourier.co.uk/fp/nostalgia/1945090/swindon-fans-bid-to-restore-grave-of-tragic-dundee-born-football-hero-james-munro/

Note: All funds raised with be donated to Jim and evidence of the transfer will be uploaded in an update on this page. Unfortunately, there isn't a charity that we can fundraise for, for this restoration works.