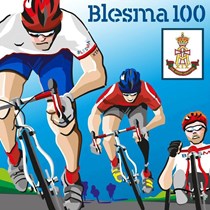 Whilst on patrol in the Helmand Province of Afghanistan James Rose suffered horrific life changing injuries after being caught in the blast of an Improvised Explosive Device. As a result of the explosion James lost both legs above the knee, had a broken pelvis and tailbone and suffered with severe abdominal injuries.

Throughout his battle for survival and also through his long a painful recovery process James demonstrated immense courage, strength and resilience, his battle is however not complete. Although his physical wounds have now healed (apart from his legs of course, they are still lay in a field in Afghanistan somewhere) he still continues to fight his hidden wounds on a daily basis as he now suffers with PTSD.

In order to deal with his demons James has focused his mind on achieving extreme physical challenges and has found a passion in mountaineering. In September 2019 he became the first double (above the knee) amputee to climb Mount Kilimanjaro which is the highest freestanding mountain in the world (see the video below).

James has now set himself a new challenge of climbing Mount Toubkal which is the highest mountain in North Africa, this will be conducted in September 2020. The challenge will also have the aim of raising vital funds for two of our Veterans Charities, these being BLESMA who support our Limbless Veterans and Launchpad who provide housing and education support to veterans. Your support is vital in assisting James to complete his challenges and to provide life changing support to our veterans in need.

As a token of our appreciation to those who support this challenge we will hold a prize draw for all those who have donated £10 or more (Courtesy of Gerry Garvey). The prize will be 2 nights stay in Edinburgh to visit the amazing Christmas Market, with hotel and rail fare included.