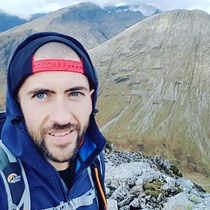 Weʼve raised £1,835 to Climb Mt. Kilimanjaro and complete a 160 mile Cycle from Hamilton to Mallaig to Support Eilidh's Rainbow!

I’m taking on two events the next couple of months in support of charity Eilidh’s Rainbow!

On September 13th 2019 I'll be heading to Tanzania to climb to the summit of Mt. Kilimanjaro, the highest peak in Africa at 5,895 metres (19,341 ft) above sea level and the highest free-standing mountain on earth! The chosen route is a tough 5.5 days (a relatively fast attempt by acclimatisation standards!) from bottom to summit and back again. Although non-technical, the greatest challenge in the way of a successful Kilimanjaro summit is altitude with 7 -10 days being the recommended acclimatisation duration for best summit success. I aim to be watching the sunrise from the summit after long hike through the darkness of night on day 4/5!

Also on July 26th, just before Midnight - I aim to cycle with around 10 others - 160 Miles from Eilidh’s hometown of Hamilton, Lanarkshire to Mallaig in the Scottish Highlands in one trip, hopefully completing this challenge in the afternoon of the 27th after around 14-15hrs near constant pedalling. This will be ridiculously tough for me considering the distance is beyond anything i'll have attempted to cycle before by a considerable margin and the route for the most part is long ascents with busy traffic filled A82 sections…being honest didn’t really think this one through!

Eilidh’s Rainbow was formed in 2019 by two close friends of mine who suddenly lost their daughter at 5 years old in December 2016 after a 1 day illness. Eilidh’s Rainbow primarily aims to provide help and support to grieving parents & siblings that have suffered the loss of a child by providing a bereavement support network and a place where parents and siblings can retreat to after loss. A place created by parents who understand the experience of losing a child. They also intend to offer lifesaving first response training to parents and carers.

I would appreciate if anyone would kindly sponsor me in these challenges and help us raise funds for this fantastic cause, no matter how big or small every little helps!

P.S… If anyone is taking part in any events this year and would be interested in supporting a local charity at the same time or simply would want to get involved in any way to helping a worthwhile cause – please get in touch!