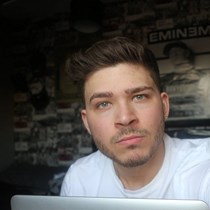 Weʼve raised £720 to go to The Academy of Live and Recorded Arts to fund the tuition fees for me to study Acting and get a degree.

My entire life I have aspired to be something that seems so far out of reach and for the last three years I have actively been working in silence trying to achieve my dream. Plain and simple, I want to be an actor. And this year I have been given the opportunity to study my craft at The Academy of Live and Recorded Arts in London. I have worked so hard and tirelessly in jobs I've known all throughout employment I don't want to carry on with but I've had to. And thats okay. Since December 2013 I have worked two jobs and when the time has come to Audition I have. 3 Years down the line of auditioning and getting nowhere, 2017 has been the year I have been given the opportunity and accepted to study Acting. It has been tough but insane. I have gone so far out of my comfort zone it is unbelievable and I never expected to be sitting here, asking for help. This is crazy, and its taken me time and courage to understand that its okay to ask for help and that is what I am doing with this fund raiser. I am asking you please to donate anything you can AFFORD (I wouldn't want anyone to be out of pocket) to help me raise the funds for my course. I have my own savings that I have worked tirelessly to build up in case something like this would happen, and I wouldn't think twice about spending all I have, if it means I can get a chance at chasing my dreams... literally. I have until September to raise as much funds as possible. Thank you.