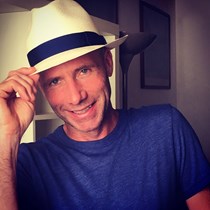 Weʼve raised £130 to provide immediate trauma counseling to child victims of the Ukraine war - via my Peace Machine #2 artwork and your donations. 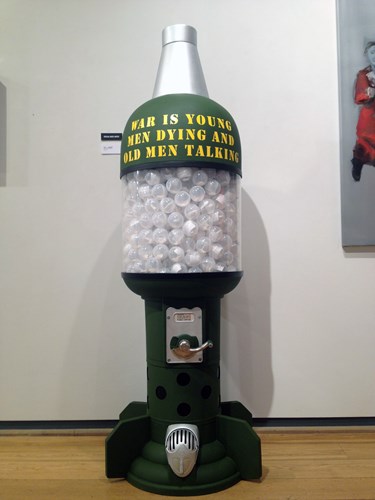 Peace Machine #2 is a vending machine that dispenses plaster casts of a bullet and shrapnel from the war in Ukraine. Created in 2015 after I visited Lviv, it is currently installed in the lobby of Brighton Museum. Each piece sold raises money for a local Ukrainian charity providing immediate psychological services to child victims of the war.

Voices of Children Foundation has been helping children affected by the war since 2015. They provide psychological and psychosocial support to children. It helps them overcome the consequences of armed conflict and develop. Today, during the full-scale Russian invasion of Ukraine, they are providing non-stop assistance to affected children and families from all over the country, providing emergency psychological assistance, and assisting in the evacuation process.

I created this page is to raise awareness about the vital work this charity does and raise urgently needed funds in tandem with the installation. If you can't visit the museum please donate generously here. Please send me a private message with your address if you'd like to be sent casts as per the donation levels below:

£10 or more - I'll send you a cast and signed certficate.

£20 or more - I'll send you a capsule with a cast of your choice (bullet, small shrapnel, big shrapnel) and signed certficate.

£500 or more - I'll deliver the above capsules personally within 100 miles of Brighton.

£1000 or more - I'll deliver the above capsules personally anywhwere in the UK (at your expense).

£5000 or more - I'll deliver the above capsules personally anywhwere in the world (at your expense!).

Timely intervention saves lives. Immediate psychological support is needed to help children process what has happened and what they have seen. Just imagine what their little minds have endured. PTSD is a real threat to them without immediate support. 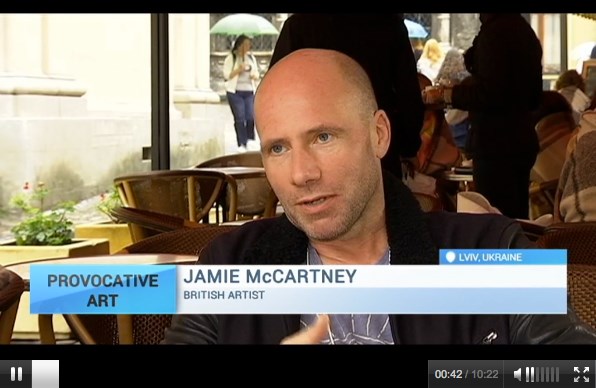 In 2015 I was invited to give a talk on 'The Mission of Culture During Crisis' in Lviv. There he met a woman whose brother had been wounded in the fighting, after the invasion of Crimea. She showed him these pieces of shrapnel and a bullet. To me these were tangible symbols of the horror of war.

It is visceral and disturbing to handle something that has torn through a human body. Since I always travel with my casting materials, I asked her if I may borrow them. I turned my hotel room into a workshop to make a plaster copy of each. l'd later replicate these to create this artwork.

War, nationhood, identity and humanity have been continual themes in my work. I often incorporates casts of emotionally loaded objects like these in my artworks. Remembering my own childhood in conceiving this artwork, I concluded there is something grotesque about war toys.

I bought an arcade vending machine and converted it to resemble a mortar shell. The capsules inside are an analogue for the ball bearings used in explosive devices and each contains a plaster cast of a piece of shrapnel or a bullet. When you hold these items in your hand I hope it will affect you in the same way it affected me. 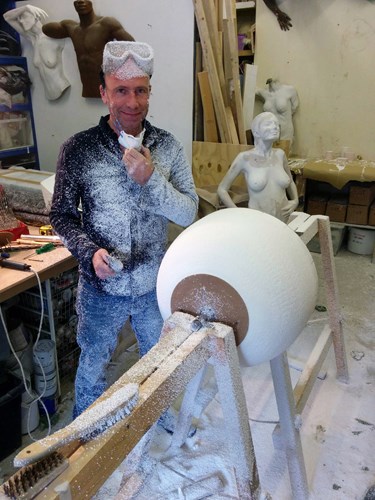 With my work constantly in the media I've has gained an international reputation as a leading underground artist with a commitment to experimental and sociopolitical art.