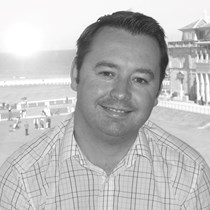 Weʼve raised £2,175 to fund a headstone for the grave in St Andrews of three times Open Champion Jamie Anderson and his father, Auld Daw, the ginger beer seller

Jamie Anderson (1842-1905) was born in St Andrews. He would become the best golfer in the world, winning three Open Championships in a row from 1877. His life was one of extreme highs and lows. From being called a ‘king of golf’ at the height of his golfing powers, he sadly died in later years in a poorhouse in Thornton.

No headstone was ever added to the Champion's grave. 140 years after his first Open win, I want to put that right. 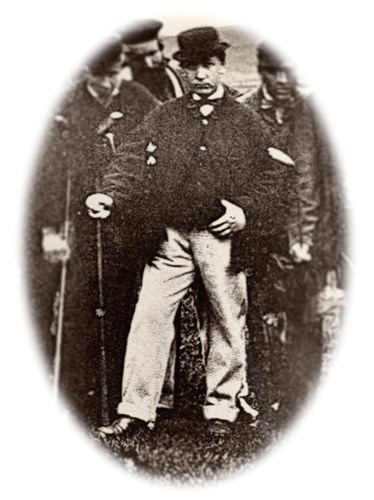 When I was researching my book, St Andrews In The Footsteps of Old Tom Morris, I found Jamie’s life exceptional.

Here is an excerpt from the book about Jamie, Daw and The Anderson Family

Jamie won all his Championships living at 9 The Links, St Andrews (pictured above) - the first player to win on three different courses. In his prime, he was a man apart. We all have our golfing heroes. Shortly after Jamie died, James Braid spoke about his in the magazine Golf - it was Jamie. When Jamie as then Champion paid a visit to Elie, he spent some time with James the boy and told him that if he practiced, he too could be a Champion. James Braid won five Open Championships. 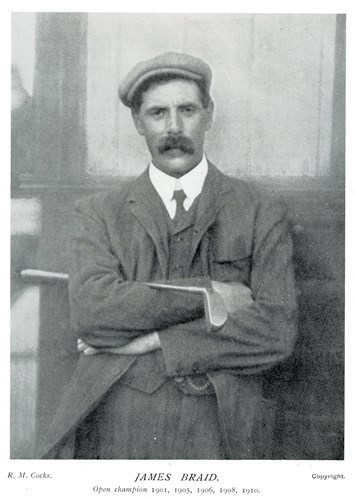 Jamie for him was the greatest.

The headstone we have gone for is an absolute replica shape wise, albeit larger, of the one Jamie himself picked for his own son David, who died aged 1. The stone will be as close to the Nydie stone, that Jamie’s son's headstone is made of. The two graves side by side will look in keeping with one another - father and son.

The names on the grave will include Jamie, Daw and family as they are in that lair. Daw was so much more than just a ginger beer seller. Caddie to Allan Robertson, Daw also attended to the upkeep of St Andrews links putting the double green at the High Hole in May 1855.

The writing on the headstone is deliberately meant to look as if penned in the early 20th century.

I have been dealing throughout this process with the family of Jamie, who are based in Australia – Mel Lewis and David Anderson and locally in Anstruther. They are hugely supportive and grateful for efforts to provide a headstone after all this time.

Jamie Anderson’s exceptional story will come to the fore one day. He was simply the best in the world and my hope is that we can finally have a headstone to celebrate one of golf’s great icons.

Thank you for considering this.

Roger McStravick is a golf history writer, living in St Andrews. His book St Andrews In The Footsteps of Old Tom Morris, won the highest honours in the USA and UK, being the USGA Herbert Warren Wind Book Award and BGCS Murdoch Medal. www.rogermcstravick.com