Jamie is 41 years old and lives in Ashford, Middlesex with his wife Carly. They have been married for 7 years and have 2 beautiful boys Jackson, aged 9 and Frankie aged 6.

Jamie is a plasterer by trade and works in the film industry at Shepperton Studios where he has been Head Plasterer on numerous film sets and TV shows.

Jamie is also a lifelong Brentford FC fan and season ticket holder at Griffin Park/Brentford Community Stadium. He has rarely missed a match and has passed this passion onto his 2 boys who join him on match days.

Their whole world was turned upside down in June this year (2020) when Jamie suffered a seizure whilst sleeping. He was hospitalised, put under numerous tests and scans and 2 months later delivered the heart breaking news that he was diagnosed with Osteosarcoma (a rare and aggressive bone cancer) of the skull.

At University College London Hospital (UCLH), Jamie is currently undergoing a course of chemotherapy, but he has been informed that this won’t really do anything other than slow the cancer. Following this chemo, Jamie would be given Rapid Arc Photon Therapy which the radiologist have advised will not cure his cancer – and only give Jamie months to short years to live.

Devastated isn’t a strong enough word for how Jamie, his family and friends are all feeling right now.

So what do we do? We fight! And Jamie’s family have heavily researched alternative treatment options within the UK and abroad. Sitting back at 41 with a young family, hopes and unfulfilled dreams ahead – there’s no way Jamie isn’t going to fight this with everything he’s got.

There is a renowned hospital in Boston, Massachusetts General Hospital (MGH) who have confirmed they will treat Jamie with Proton Beam Therapy!!

Proton therapy is a specialist form of radiation which only targets the cancerous cells and not the surrounding brain tissues meaning they can give him a much larger and more powerful dose. This means that no other parts of Jamie’s brain and skull will be damaged by the radiation which could potentially leave him with long term neurological problems - something we want to avoid.

Proton therapy is widely available in the United States, but due to cost, the UK only have 1 machine available in Manchester. This has a long waiting list and therefore Jamie isn’t a suitable candidate to use it.

The amazing doctors in Boston however, have given Jamie a chance. They have offered him a longer prognosis and are ultimately looking to cure him of this terrible disease.

Proton therapy will be followed by DNA sequencing and possibly Immunotherapy in months or years to come which is just unavailable on our NHS.

This is where you come in and we need your help!!

If you know Jamie – you know he’d do anything to help anyone - and he’s probably done something for you already over the years. If you don’t know Jamie – he loves his family with all his heart! He’s the hardest working person you’ll likely to come across in your lifetime and there’s nothing he wouldn’t do to help someone.

We need to get Jamie to MGH in Boston for this treatment ASAP. As you can see from how much we need to raise, medical treatment like this does not come cheap. It will cost a considerable amount of money as it will need to be paid for privately and this is where you can help by donating anything you can to get him to Boston in the next few weeks to commence the Proton Therapy treatment.

PLEASE – if you can donate anything, it doesn’t matter how big or small it is – every penny counts and please share the link on your social media platforms as we need to reach as many people as possible and as quickly as we can.

You’ll be potentially helping to save his life and I know Jamie and his family will be eternally grateful for any contribution you can make. 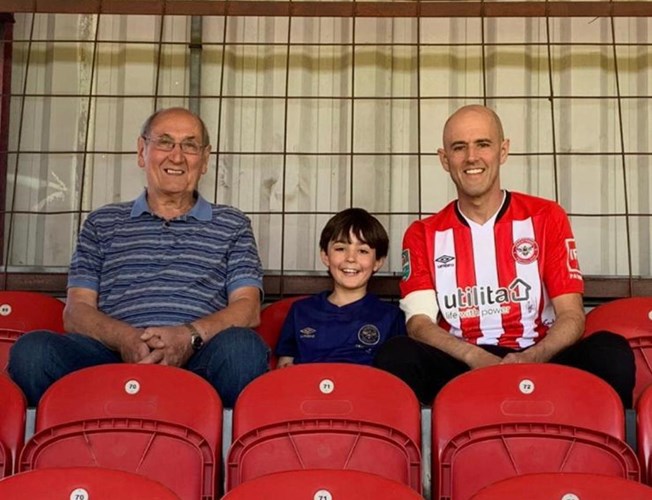 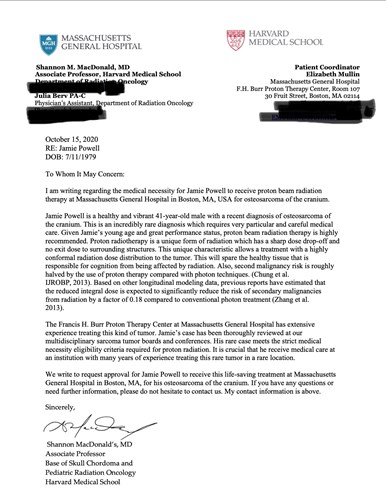