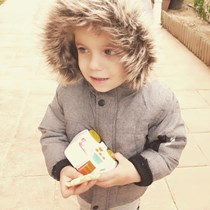 Weʼre raising £150,000 to contribute towards the costs of treatment and care for Jaxx

Just a very short update to say a big THANK YOU to everyone who has recently donated towards Jaxx's fund. We were super grateful to receive just under £8,000 raised thanks to A Lost Weekend who hosted a live stream featuring Eats Everything, Nic Fanciulli, Sam Divine and Arielle Free.

Jaxx is approaching the final few sessions of his Radiotherapy treatment in Palma. There will be some time between this and his next round of treatment, and his parents are currently looking into treatment options in Germany. 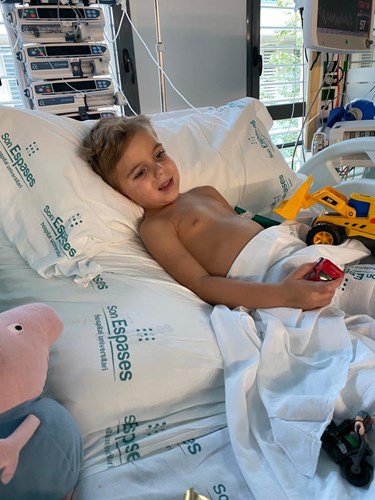 Jacque and Mei would like to pass on their gratitude for all of your donations, messages and positive thoughts for Jaxx.

Jaxx began his Radiotherapy sessions just before Christmas, he is currently on his 13th session, and attends th

e hospital every weekday morning. This is an intensive primary round of 33 sessions with the aim of rapidly decreasing the size of the tumour.

Alongside these sessions alternative medicines and supplements are being administered to Jaxx with the help and guidance of a medical specialist in Spain.

At the end of this round of RT, the family plan to book in an MRI scan for Jaxx to assess any immediate changes to the tumour. Another MRI scan will be conducted as part of the treatment plan by the hospital 8 weeks after the RT is completed. Depending on these scan results, the family is researching options to continue Jaxx's treatment in Mallorca, Barcelona or Germany where they can begin Immunotherapy treatment.

Hi and thank you for visiting this page. We are fundraising on behalf of the lovely little Jaxx and his loving parents Mei and Jacque. I will be passing on all of your messages of love and

support to them all.

The entire objective of this page is to raise funds for Jaxx, the focus is to enable his parents Mei and Jacque to give him access to the best possible treatment plan, which at present there are still some uncertainties around. In addition we want to ensure that additional living costs of the family are covered during this time so that they can continue to focus exclusively on creating a positive environment for Jaxx.

Jaxx is a delightful, playful and much-loved 3 year old little boy, born and raised mostly in Ibiza. He had just started his first year at infant school, which he loved after a couple of amazing years at the wonderful nursery Eduka run by the one and only Maria (who is a legend) and is bilingual in Catalan and English as much as a 3 year old can be! He really enjoys playing football and playing with dinosaurs and monster trucks and he has many friends from school who he loves playing with and misses dearly.

"I’m also keen for people to have a better insight into Jaxx as a person and the simply amazing little boy that he is and continues to be: Jaxx is our loving son and a 3 year old little boy just full of life and soul, he is a much loved friend with the kindest heart and definitely knows his own mind! During his time at Eduka he was known for his kind and gentle nature and was particularly caring towards the younger children who he loved to show the ropes and help settle in. He loves his cars, trucks and bikes and playing football with his daddy. This little boy is strong beyond words and our very own real life Super Hero!" 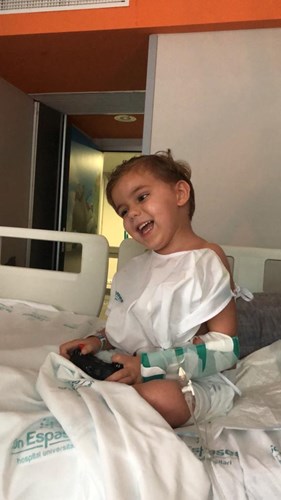 Unfortunately, out of nowhere, Jaxx has recently become very ill and upon one of several recent trips to the local hospital in Ibiza, they discovered he had a tumour in his brain. The location of the tumour was a big concern to the neurosurgeon in ibiza hence the seriousness of the situation. 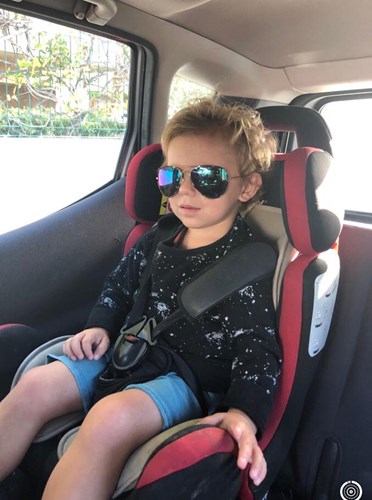 Jaxx was emergency airlifted to the hospital in Palma de Mallorca as he needed to be looked after in an ICU for children which was not available in ibiza to ensure Jaxx remained stable until his second and more in-depth MRI. Three specialists performed a very delicate biopsy 12 days ago to decipher what type of tumour he has and how it can be treated. He is currently residing in the children's ward whilst in recovery from the biopsy and his parents are expecting the results within days.

"The setting in which his treatment is to take place is not yet decided but his treatment plan is likely to include a combination of conventional and alternative therapies. There are ongoing discussions as to where the best place is for Jaxx right now and may involve us moving him to a specialist hospital in the UK (GOSH) or even America. We may also find ourselves in position moving forward where Jaxx needs further support at home too. Mei and I want to leave no stone unturned and will be researching things such as Alkaline diets, supplements and therapies. The funds so generously donated will help us create a truly special and unique treatment plan for Jaxx, with his quality of life and best interests at the heart of all decisions made by us his parents."

**UPDATE: We received some preliminary news from the doctors at the hospital in Palma yesterday that the name of Jaxx's condition is called a High-Grade Anaplastic Astrocytoma tumour in the Posterior Fossa. We don't have the full results from the biopsy yet, but we are expecting these next week. We have been told the tumour is inoperable, and so the treatment Jaxx will undergo involves radiotherapy and alternative medicinal therapies with the aim to stop the growth of the tumour. Jaxx's parents have been given clearance to take him out of the hospital next week. They would like to rent a house in Palma with a garden where he can enjoy some outside space in close proximity to the hospital, where he will be getting daily treatments.**

As you can imagine, life has drastically changed for Jaxx and his parents.

"We Jaxx’s parents Mei and Jacque along with all of Jaxx’s friends and family are eternally grateful for everyone kind words, donation and sharing of Jaxx’s story.

Any funds that are not utilised for Jaxx’s care will be put into trust to support other families that find themselves in this truly devastating and unknown journey.

Once we have Jaxx’s full biopsy results we will be in a position to make a clearer plan and will be sure to keep you all updated on Jaxx’s journey and we are sure progress." 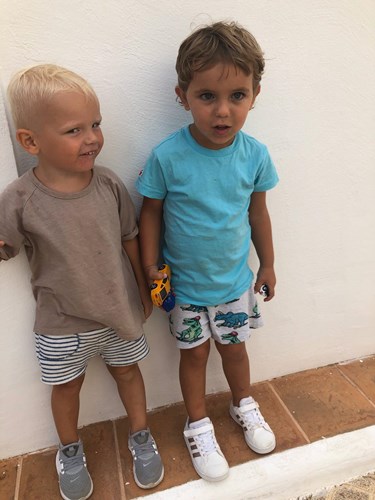 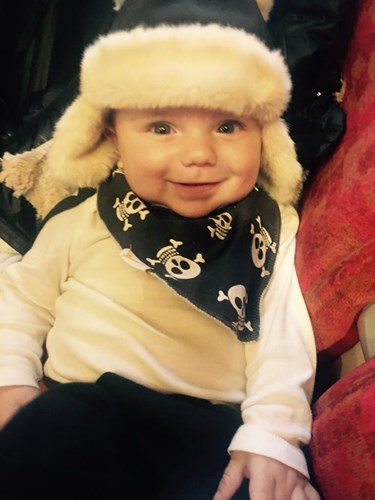 Whatever the outcome, we expect there to be continued outgoings for Jaxx's care and so if you are in a position to contribute towards these costs, it would be greatly appreciated. 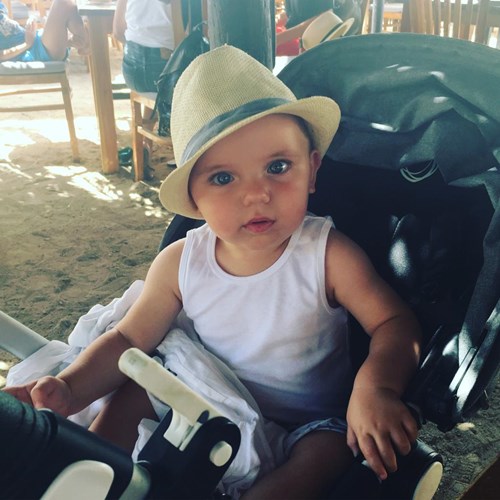 Mei also asked that we Thank you for the overwhelming support and kindness of all her close friends, friends from the island, and also the warmth from people she doesn't even know. During the current climate of the world we are living in and having to endure a life-changing event like this, to know that we are all still united is an amazing and an emotional moment that she will never forget. She cannot thank you all enough. ❤️

Hi everyone. Just wanted to update you on Jaxx from Mei & Jacque as I know you're all wondering how he is and keeping him in your thoughts. He was discharged from the hospital on Monday and is currently staying with his parents in Palma close by. They are working towards him standing and walking after being in the hospital bed for a month so that he can enjoy some well-needed freedom and fresh air. The full biopsy results are still not back just yet but once they are, his radiotherapy treatment at the hospital can begin. Some of the money raised has already been used to make his living conditions outside of hospital more comfortable, and they have also enlisted the help of a medical researcher for alternative therapies. Tomorrow, they have another consultation with a leading Neurosurgeon. I'll aim to bring you another update soon, when Mei and Jacque have the full biopsy results. On behalf of both of them, thank you so much for all of your love and support. 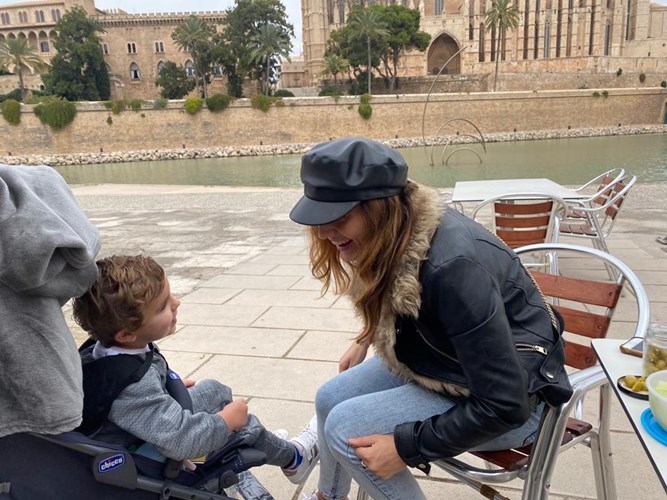 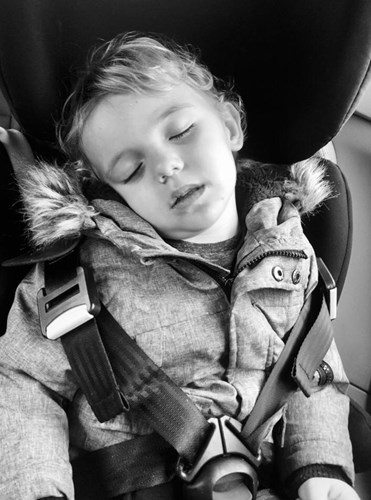