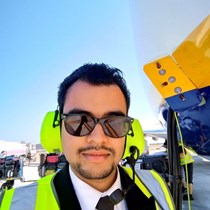 Weʼve raised £1,780 to Jayden’s dream to compete at the World Championship

Thank you very much for your kind donations. Together we smashed the target with the justgiving, seminar, auction, raffle and bake sale.

Once again thank you very much.

Jayden preforming at the European Chamiponships

Jayden, born on October 29, 2006 as a premature, 25 weeks only, his weight was 655 grams. After 11 months of hospitalization, tons of complications we were finally able to take him home.

In 13 years of his lifetime, he has gone through 28 brain surgeries and has been disabled ever since. The doctors were telling us that he won’t be able to do much. I always disagreed with them.

To date, he still proves them wrong.

He has been practicing Tang Soo Do since he was 3 1/2 years old. He loves the trainings and everyone who is with him on the floor. Such an inspiration he is. He wants to learn more everyday. He has been competing and winning at every National and European Championships.

Jayden’s dream is to compete at the World Championship but to get him a seat suitable for him to fly to North Carolina is £4000.